As promised i have stumbled upon an old hard drive which has plenty of my photos on from around 10 years ago and luckily having a new HDD Dock i plugged it in and all was well!

First post goes back Ten years to 2005, Norwich was seeing a few changes with all the Park & Ride contracts changing hands and it also saw the start of the new Bus Station being built on the old Surrey Street Depot site of Eastern Counties.
A batch of Wright bodied Geminis from First West Yorkshire were loaned to FEC whilst some of their Alexander bodied Volvo's were repainted into the new Blue livery for Harford Park & Ride services, the vehicles were taken from the Norwich fleet but the vehicles used on Park & Ride were operated out of Great Yarmouth Depot, First also operated the Sprowston site and new Volvo B7RLE 69005 - 69011 were purchased for use and painted in a lilac/purple livery.

The Postwick & Airport site tenders were won by Norfolk County Council and these were operated by Irisbus Agoralines in Red (Postwick) & Yellow (Airport). The Costessey and Thickthorn sites went to Konectbus who introduced Green Optare Tempos on the Costessey route whilst DAF/Wright Deckers were purchased for Thickthorn in Salmon Pink livery.
Final photo shows former X94/X1 Volvo B10M 20121 P731NVG working the X2 to Lowestoft in its Barbie 2 livery, awaiting passengers at Surrey Street. 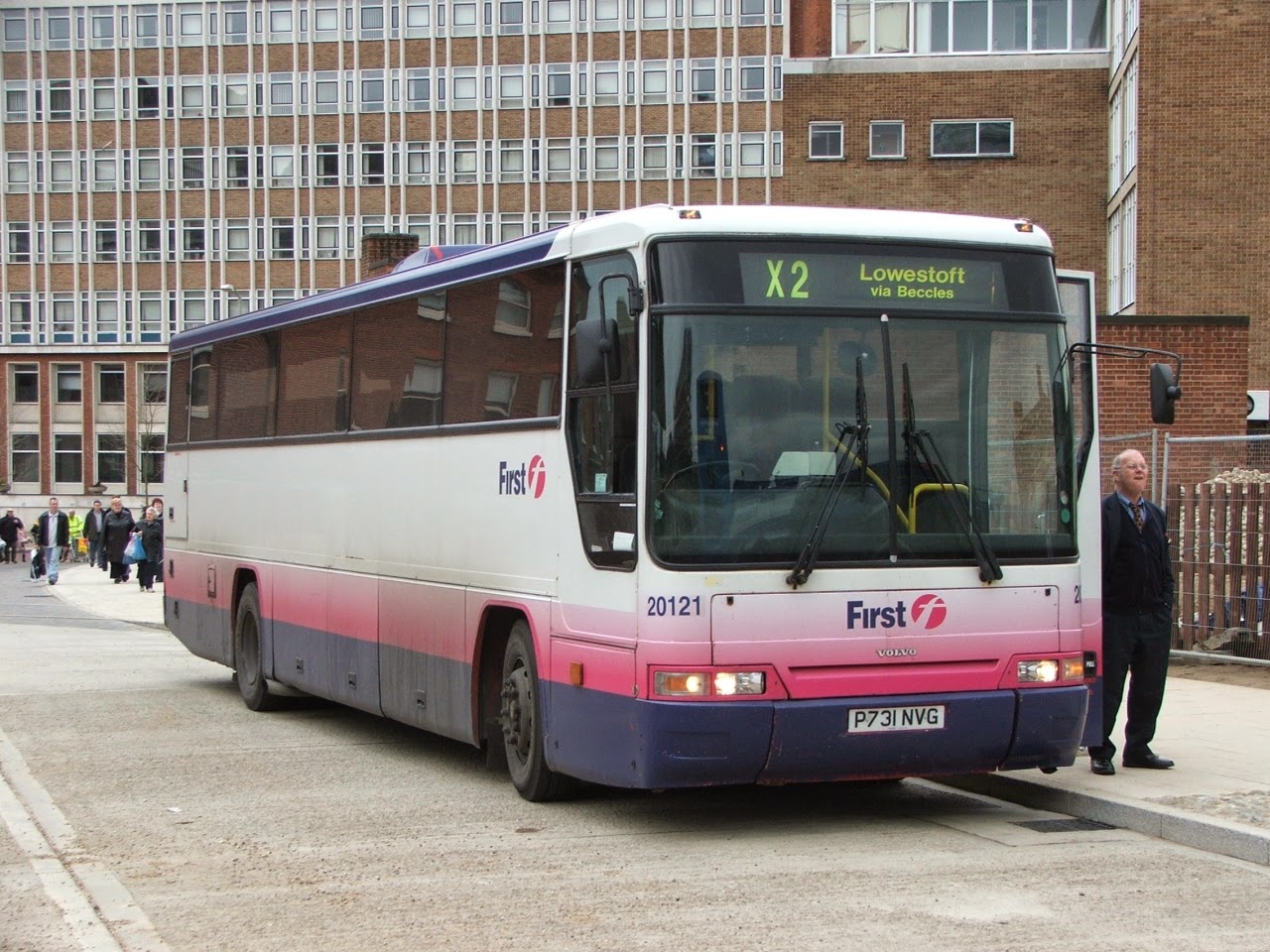