At last some time to post a report on some of the observations during our few days in San Francisco - a great city suffering the same variations in the weather as Great Yarmouth! It can be quite cool in early June, especially when the fog rolls in

San Francisco is one of the few places in the world you can ride on cable cars. They are manually operated and are pulled along by cables embedded in the street.

Named a national historic landmark in 1964, they have been refurbished and equipped with new tracks, cables, turnarounds and cable propulsion machinery. They operate as much as they did on August 2, 1873 when Andrew S. Hallidie guided the first car down the Clay Street grade. 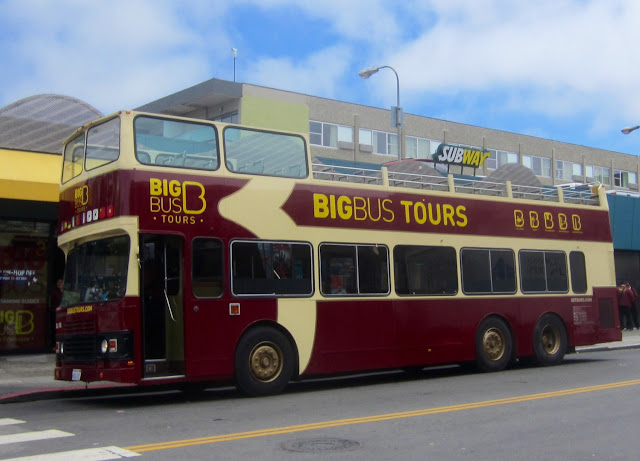