A fortnight ago I posted photos of coaches attending the annual Canary Cup football competition held in the Great Yarmouth area during Easter weekends in the 1990s. As promised here is a second helping as part of our Throw Back Thursday feature

The first photo is of that of Hampshire Bus BYJ919Y which was new to Southdown as XUF534Y in May 1983. The Plaxton Paramount bodied Leyland Tiger was later registered 404DCD and spent some time in National Express livery. It subsequently had a brief stint with Stagecoach Western as well as Stagecoach South. It also attended Showbus at Duxford in 1993 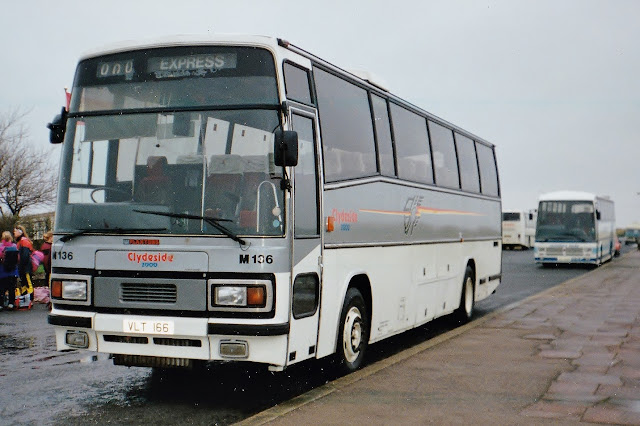 Scottish examples also attended and here is a photo Clydeside Scottish M136 VLT166 which was formerly registered B982 EGG. It is seen here on North Drive in Great Yarmouth outside the Haven Holiday Park. It was one of a number of this operator's vehicles using their former London Transport Routemaster registration 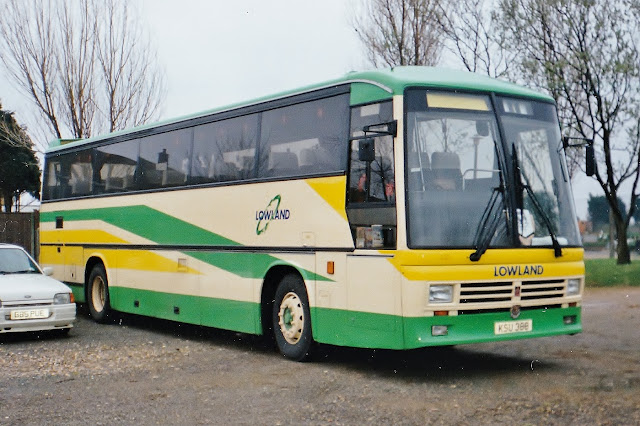 Another Scottish interloper was Lowland Omnibuses KSU 388, a Leyland Tiger TRCTL11/3RH with a Duple 340 body. It was ex Kelvin Scottish in October 1989 as their 4320 which was then registered as D320RNS. It was numbered 522 in the Lowland fleet and 388 in the Lowland FirstBus era. Its original plate was reapplied before scapping some years ago 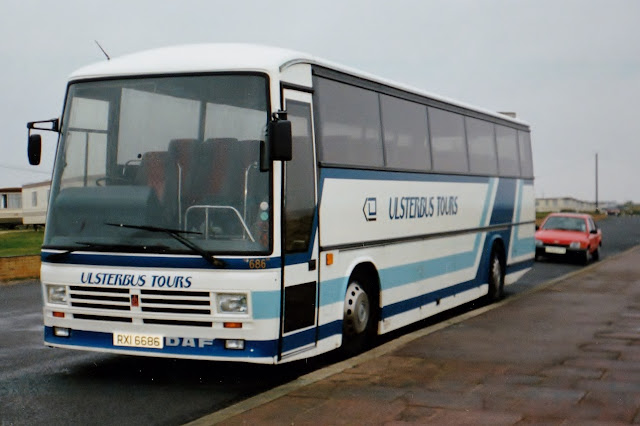 Our final picture is of Ulsterbus DAF MB230 /Duple 340 RXI6686. The coach was new to Hanmer of Wrexham in April 1987 from whom Ulsterbus acquired itsome two years later. It did, however, return to the mainland as it was observed in a yard at Stoke in July 2007 as dealer stock

Roy
Posted by eastnorfolkbus at 09:09