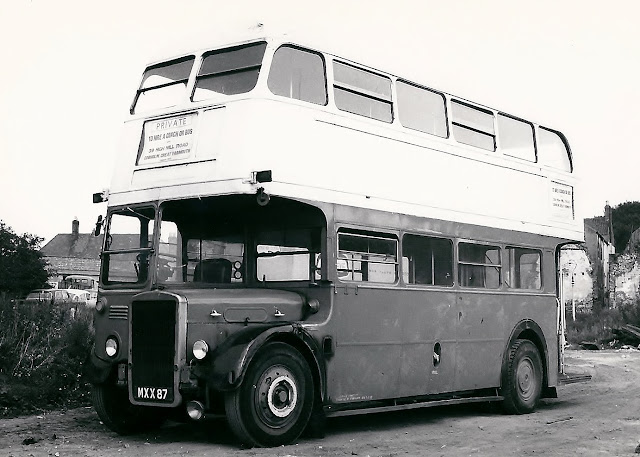 I expected it to be a single decker as they didn't run that many double deckers. To my surprise, it was of the former variety and one I remember well from my formative years. It always used to attract my attention when in ran into Cobholm

MXX87 was a former London Transport RTL new in November 1952 as RTL 1364. I also remember its Park Royal H30/26R body being painted in a blue and white livery The RT type was the forerunner of the iconic Routemaster with the RTL being the Leyland powered version of the standard RT

Mr Maddeson often used to park one or two of his coaches (some Bedford OBs I particularly remember) on the roadside at Coronation Road, but I suspect MXX87 (because of its size) was probably parked elsewhere and the photo appears to show it on land adjoining Saw Mill Lane in Cobholm away from any housing

Roy
Posted by eastnorfolkbus at 08:26