Today's report comes from Yosemite National Park in California. First protected in 1864 the park is best known for its waterfalls and covers almost 1,200 square miles 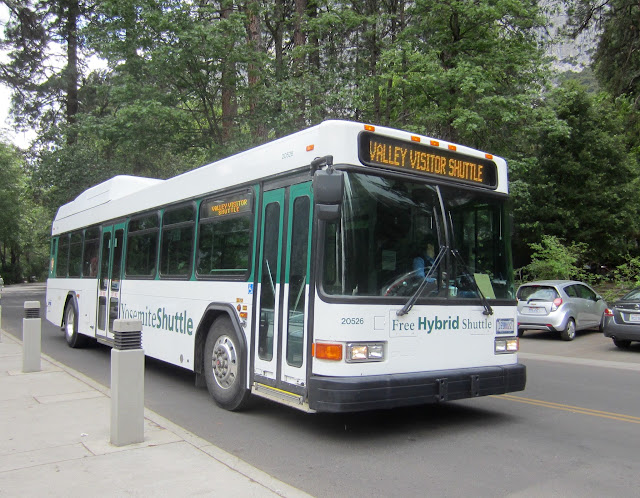 By switching to hybrids it is estimated that particulate matter emissions have been cut by 90 percent (along with a 60-percent reduction in nitrogen oxide emissions), while fuel-efficiency has increased from between 20 to 55 percent.

They were built by the Gillig Corporation and equipped with General Motors' Allisons hybrid propulsion system. The hybrid powertrain isn't the only innovation on the buses; they also have comfortable air suspension systems, panoramic light-sensitive windows and a GPS navigation system that lets passengers know exactly where they are. A regenerative braking system recaptures the energy normally wasted while braking or coasting on downhill stretches, and stores it in batteries for use by the electric motors at the next startup. 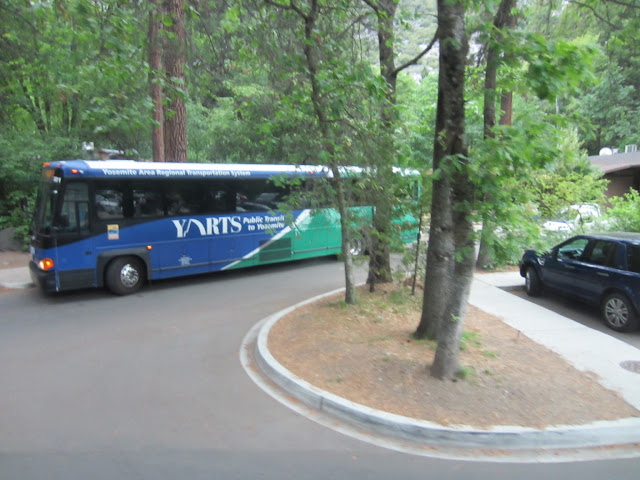 The Yosemite Area Regional Transportation System, also known as YARTS, is a public transport service based in Merced in the state and operates bus services which also access the national park
Posted by eastnorfolkbus at 03:20