During many Easter weekends in the 1990's, a wide variety coaches used to arrive in Great Yarmouth transporting youngsters who were taking part in the local Canary Cup football competition

Teams attended from far and wide and played matches on the many pitches in the Great Yarmouth and Gorleston area. Not only English teams were involved, there were representations from Northern Ireland and Scotland too 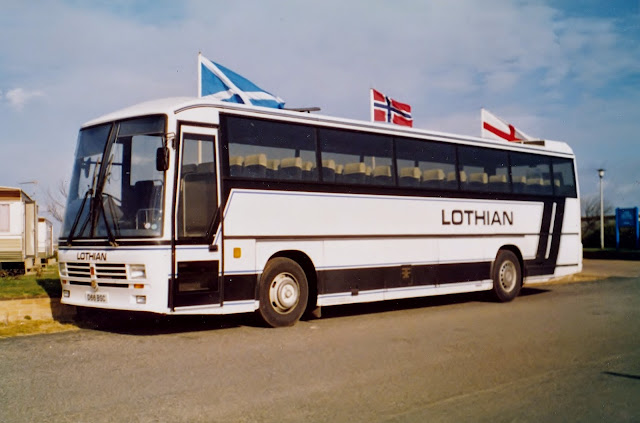 The first photo shows a Duple 340 bodied Leyland Tiger registered D66BSC. It is one of a pair purchased by Lothian in August 1986 and is pictured outside the Seashore Caravan Camp. It has East Anglian connection in that it was the last vehicle to join the Morley fleet which they subsequently sold in December 2005 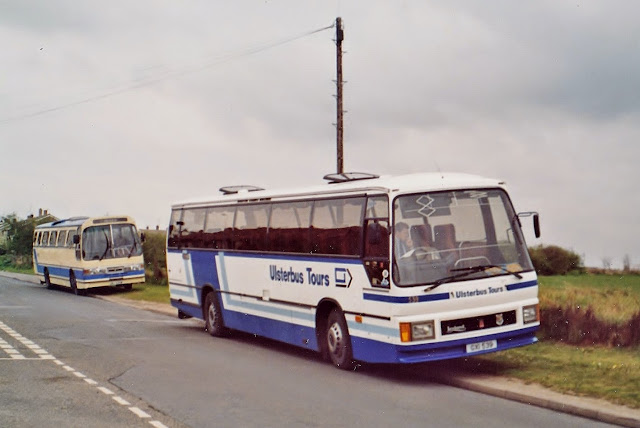 Coaches from Northern Ireland were often to be seen and this is Ulsterbus Tours 539, another Duple bodied Leyland Tiger new in June 1985. The Classic Irish Buses website reports that GXI539 was later destroyed in the Short Strand area of Belfast during July 1996 and sold for scrap. Richard Alger has confirmed that the location is in Mill Lane in Bradwell, very close to the where the entrance to the subsequent El Alamein Way housing development

Roy
Posted by eastnorfolkbus at 10:14