Almost exactly twenty-three years have passed at Great Yarmouth's Beach Coach Station since the photos were taken in the last post. Not as many coaches/buses visit now on a summer Saturday compared to those years. 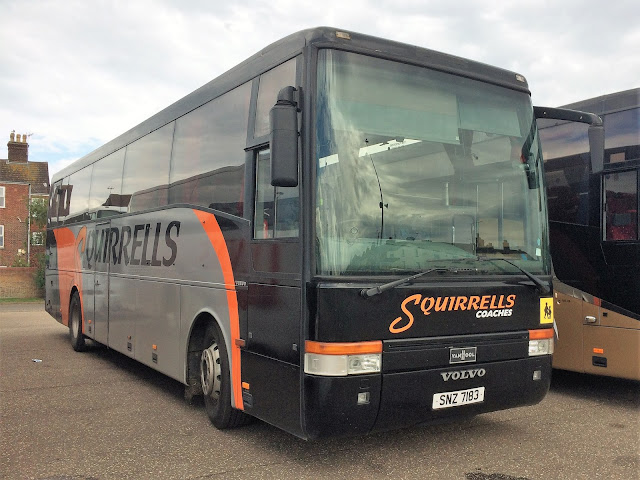 However, around two dozen examples were there today including Ipswich based Squirrells Coaches' Van Hool bodied Volvo B10M-62 SNZ7183. Originally registered as R17BUS when new to Whitelaw of Stonehouse, Scotland in April 1998, it was subsequently acquired by Soames (Forget-me-not) of Otley. Squirrells acquired the coach from Soames in March 2013. 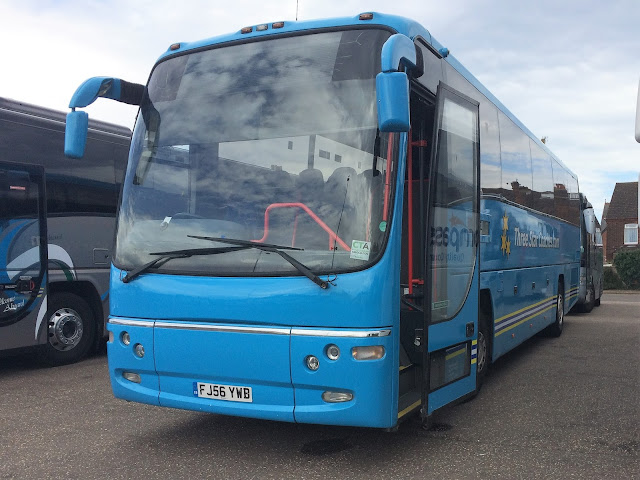 A member of the Bedfordshire based Three Star Coaches fleet can often be found at the coach station and today was no different with Volvo B12B FJ56YWB making an appearance. 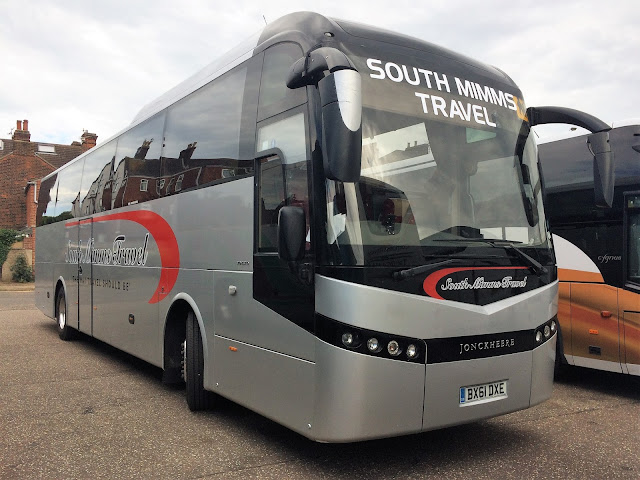 A smart looking visitor was South Mimms Travel's Jonckheere bodied Volvo B9R BX61DXE. It was new to Reynolds Diplomat of Watford in September 2011.

Roy
Posted by eastnorfolkbus at 20:47