Reynolds Coaches at Caister On Sea have three new arrivals to report, I had noted a couple this week but registrations and details needed confirmation. Regular contributor Will Drake paid a visit to the garage on Ormesby Road to confirm all the details for us. 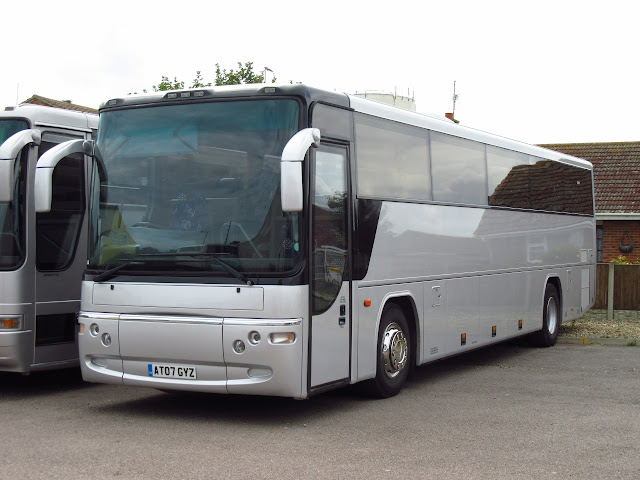 Another pair of Plaxton bodied vehicles are the first to report, AT07GYO & AT07GYZ, are both in the full Silver livery awaiting Reynolds lettering and their names. 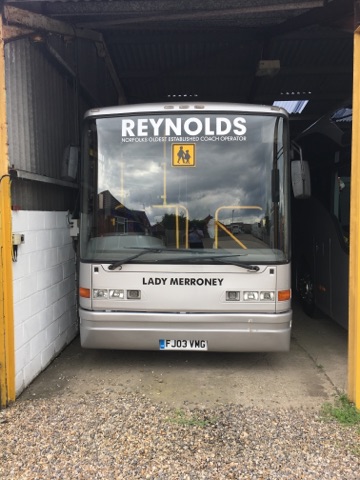 The third arrival is former Norse Caetano bodied Dennis Javelin FJ03VMG which has been named Lady Merroney which is a name that has been used for a lot of Reynolds vehicles before over the years. 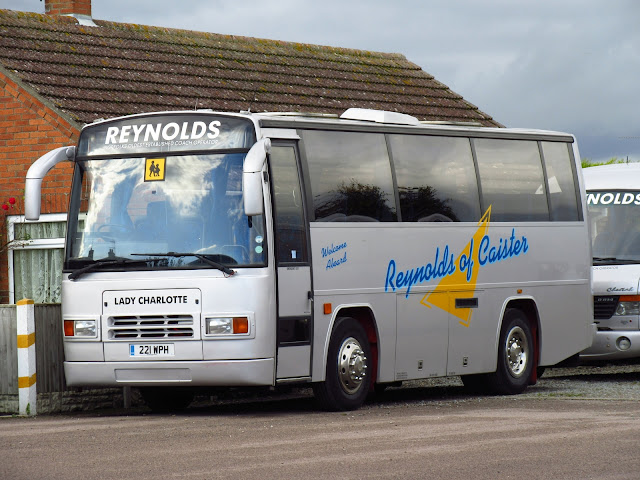 A disposal to report is short wheelbase Dennis Javelin 221WPH; we are informed it has been acquired for preservation. 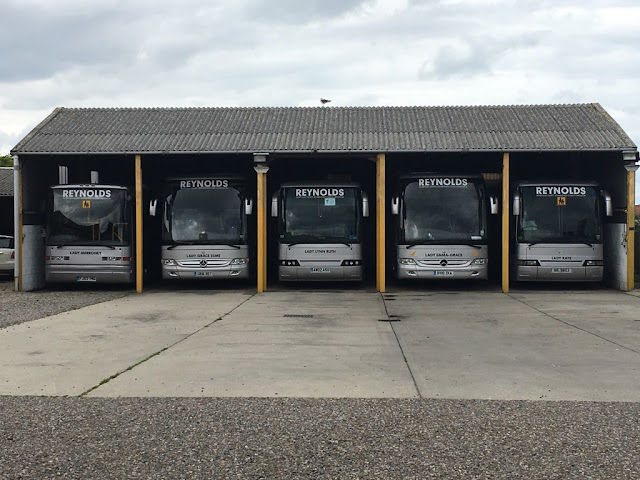 Finally a view of the undercover parking area at the garage which was home to FJ03VMG, GR16REY, AW02ASU, BY10ZKA and BIG9853.

Thanks to Will for the information and some of the photographs also.      Grahame.
Posted by Norfolkbus at 18:23