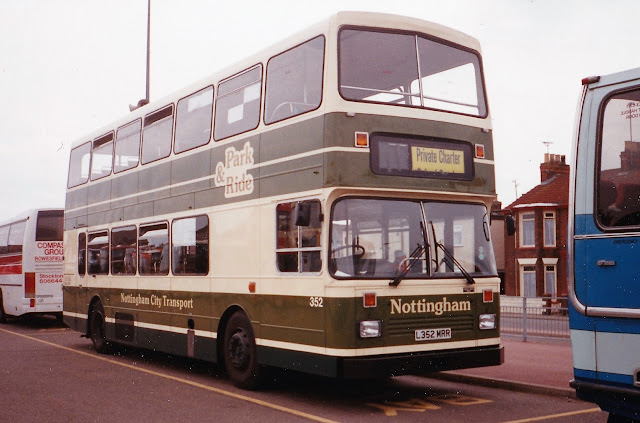 Continuing the double deck theme, today we feature a East Lancs bodied Scania N113DRB from the Nottingham City Transport. Numbered 352 in the fleet, L352MRR was new in April 1994. Subsequently it was acquired by TM Travel who used it on schools and college routes and random services around the Sheffield/Chesterfield area.

Following a repaint into Nottingham Corporation Tramway livery, it attended a number of bus rallies during 1997-  including Showbus at Duxford and also at North Weld.

Roy
Posted by eastnorfolkbus at 07:12