Today's Throw Back Thursday (#TBT) is the penultimate part of our series featuring visitors appearing at Great Yarmouth's Beach Coach Station during August 1994. 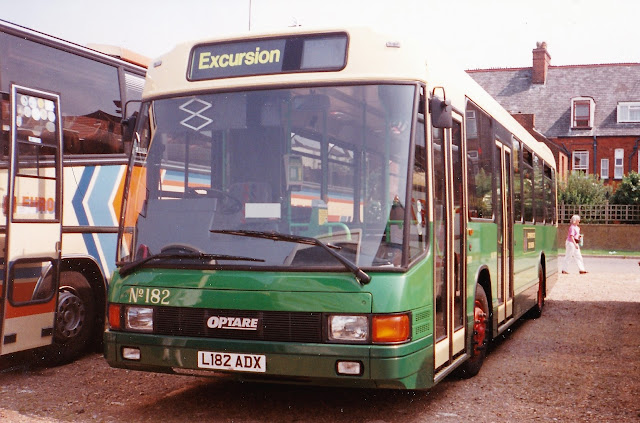 This week's offering is a more 'local' bus in the form of Ipswich Buses Optare Delta bodied DAF SB220 L182ADX. The forty-four seat bus was purchased new in April 1994 acquiring fleet number 182. It later appeared at Manchester's Victoria Station on rail replacement duties during December 2008 with Hunter of Moorstown having received their two tone blue livery. My thanks to Paul Turner for the correction

It was subsequently reported in the January 2010 issue of the PSV Circle's Overseas Journal as having been exported to Cyprus where it became TKWU129 as part of the PEAL Larnaca fleet.

Roy
Posted by eastnorfolkbus at 10:12