Today saw the First Norwich Bus Bash and Roundtree Way Open Day take place in the city. My Day began early to meet up with First Manager Chris Speed as we headed off to Wymondham to collect an old friend to take along to the event.

The new owner of WEX685M asked Chris if he wanted to take it along for the day to add to the list of heritage vehicles attending the event. We arrived nice and early at Roundtree Way to assist in the moving of around Twenty buses up to Vulcan Road Depot to allow the movement of vehicles back at Roundtree. Next was organising the 'Rainbow' line up of Norwich Network vehicles, the decision was made to park them across the front of the workshops to allow the public to view and have photos taken in the buses also. Various posts on social media after the event have mentioned ways that the line up could have been done better in people's personal opinion but what they failed to take into account is that the Depot was still a working area despite the event so arranging the vehicles was not as simple as you may think, credit to the staff of First for making it happen and should not go without notice. 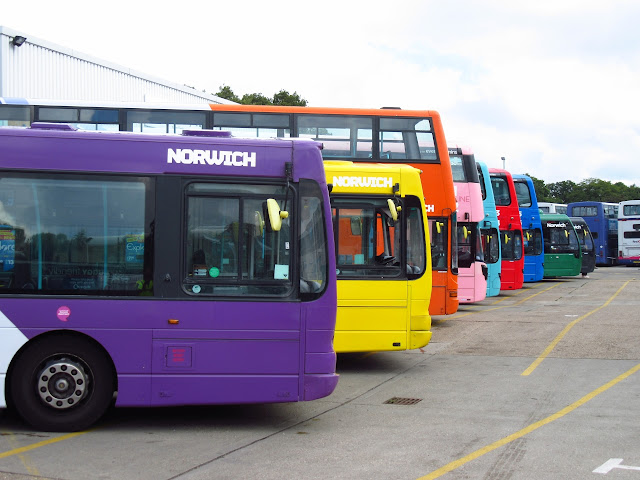 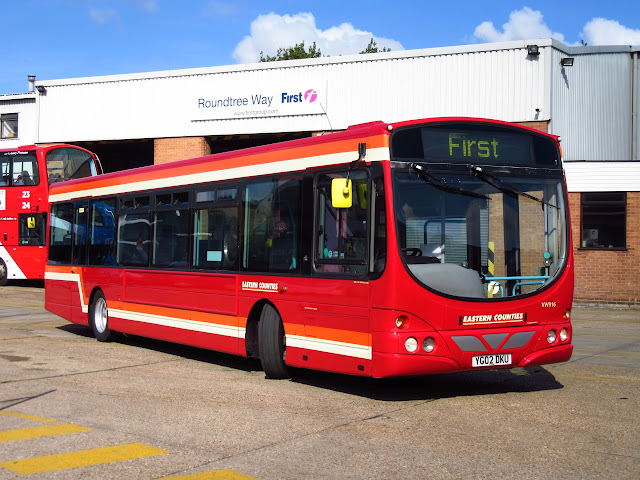 A full timetable of Buses were in operation running between the Depot and the City Centre, such was the demand that extra vehicles such as VW916 and Lowestoft & Ipswich Heritage ALX400's 30888 &32479 were drafted in for duties. Vehicles carried large amounts of passengers all day long and were enjoyed not just by enthusiasts but families and children too.

The Depot also operated trips through the Bus Wash using Volvo B9TL 36172 which is now officially the CLEANEST bus in Norwich!.

Heritage Vehicles in use included examples from the Eastern Transport Collection alongside privately owned vehicles including a late entrant in Viv Carters former ECOC Bristol VR VEX294X which looked pristine in the Afternoon Sun pictured below negotiating the yard at Roundtree Way. 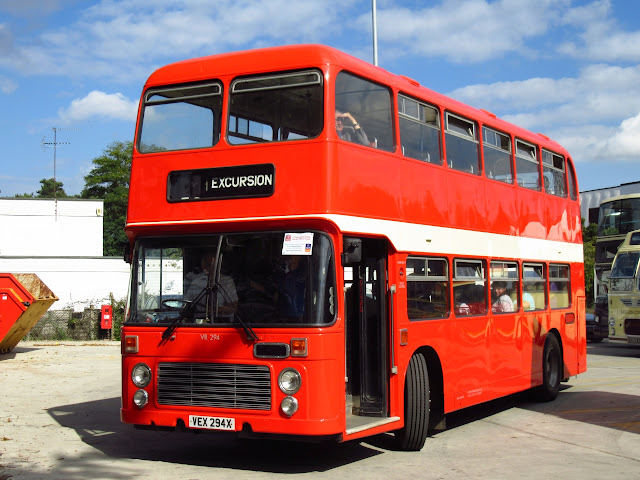 All in all a very sucessful day which was run in aid of the East Anglain Childrens Hospice, all vehicles used carried collection buckets for donations and there were stalls at Castle Meadow and Roundtree Way where people could find out about the Hospice and Donate to such a worthy cause.

Credit to Chris Speed and all the staff involved today for an excellent event and to get more than just Bus Enthusiasts seeing how a modern depot operates, many families attended and went away having a very enjoyable day indeed.

Always nice to catch up with many friends and aquaintances once again, thanks to Chris for allowing me along to help out.

Here's to the next one, Grahame.
Posted by Norfolkbus at 20:45