Four coaches are currently being made available for disposal on the Reynolds Coaches of Caister website. The oldest is Plaxton bodied Dennis Javelin 221WPH, which was new to Woodward of Glossop in 1989 as F740MVR. It is believed that it has already been snapped up for preservation. 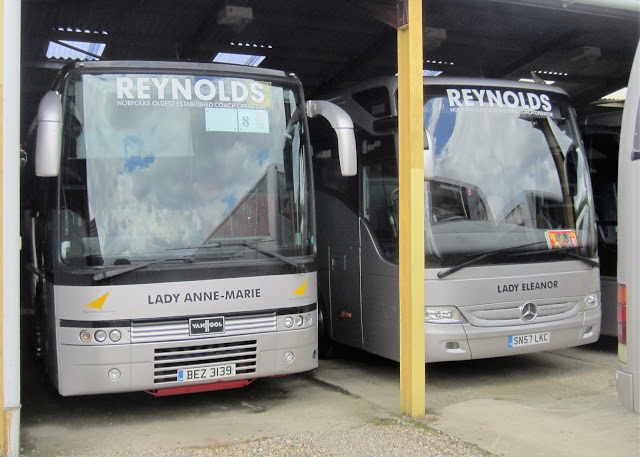 The others include Mercedes Benz Tourismo SN57LKC, first registered in September 2007, and Plaxton Premiere bodied Dennis Javelin AT55CZH from February 2006. 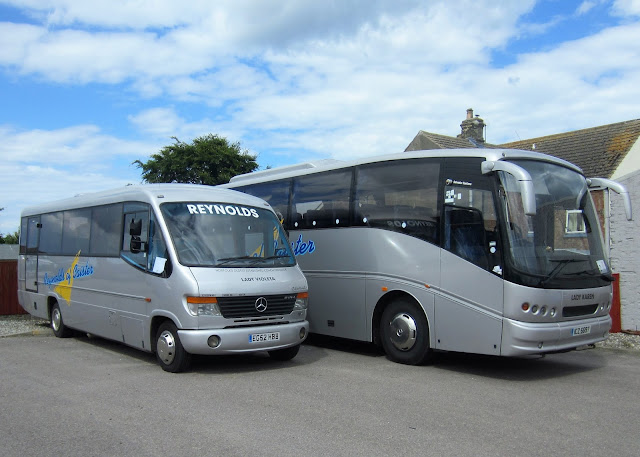 The final member of the quartet is Caetano Enigma bodied Volvo B10M ICZ6697 which Reynolds acquired from Kent County Council in August 2012. It was new to Ulsterbus in May 2001.

Roy
Posted by eastnorfolkbus at 20:53