The 2017 Worthing Seafront Bus Gathering and Running Day was held last Sunday with some fifty vehicles taking part in the event. As usual, preserved buses from the former Southdown operation, London Transport and Stagecoach formed a significant part of those attending - although there were some interlopers from the north west. 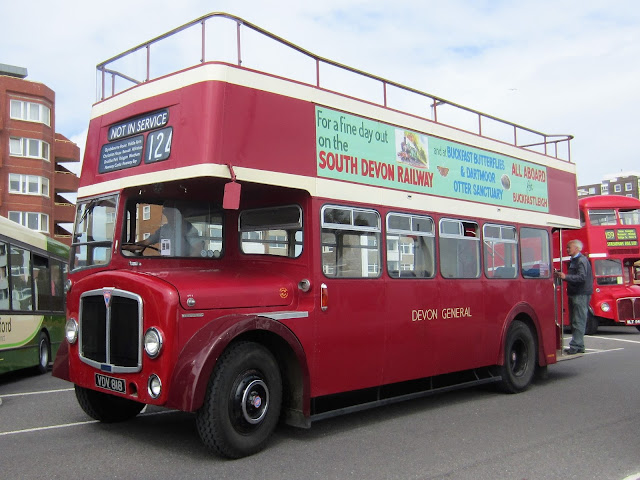 My first view of one of the participants was that of 1957 Devon General AEC RegentV/ Metro-Cammell Weyman VDV818. Since converted to an open topper, the vehicle is now part of the West of England Transport Collection. 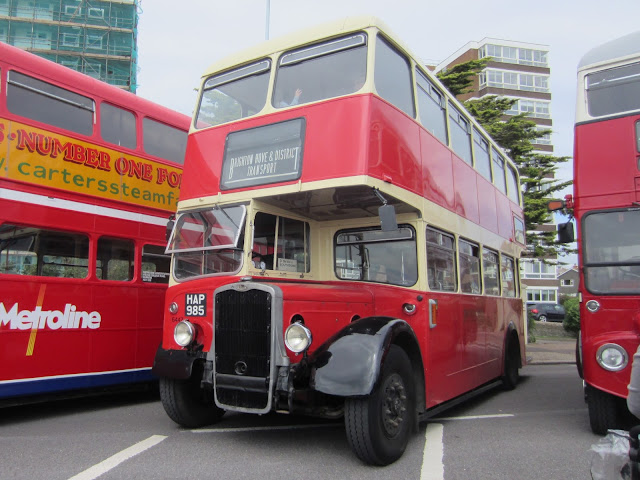 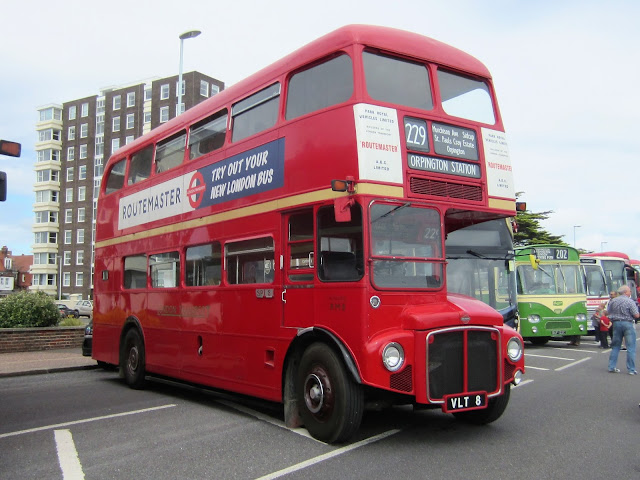 Many London buses were on view and this was RM8 (VLT8). This was the first built of the production buses and was the only RM completed during 1958. However, it was not the first to enter service and was not eventually accepted by London Transport until March 1961. It was built for appearance at the 1958 Commercial Motor Show in September of that year After which it became the new test bus for modifications 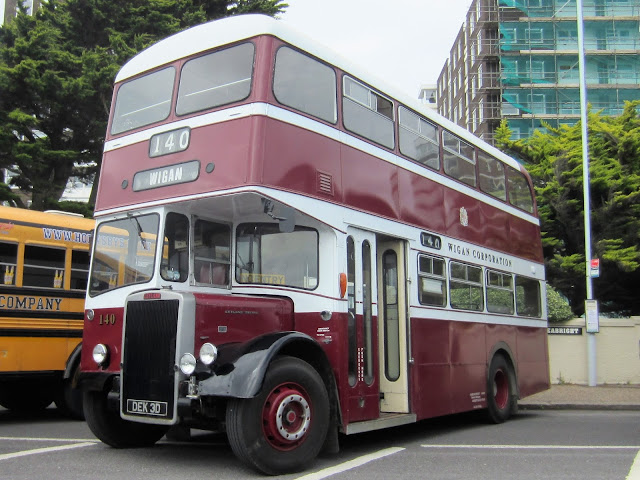 Representing the north west of England was Massey bodied Leyland PD2 DEK3D. It was new  in December 1966 as Wigan Corporation's 140. 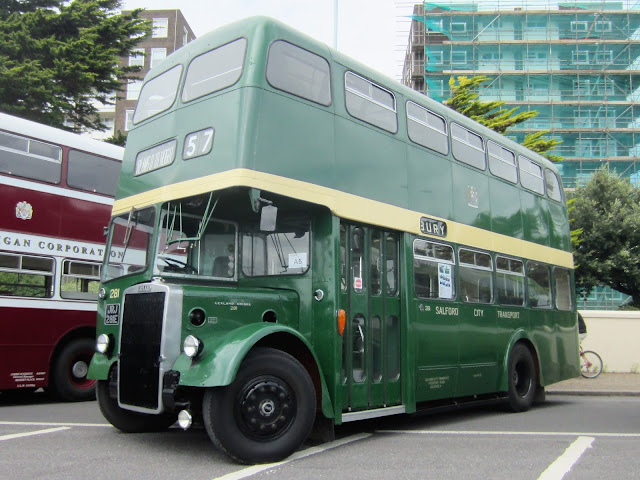 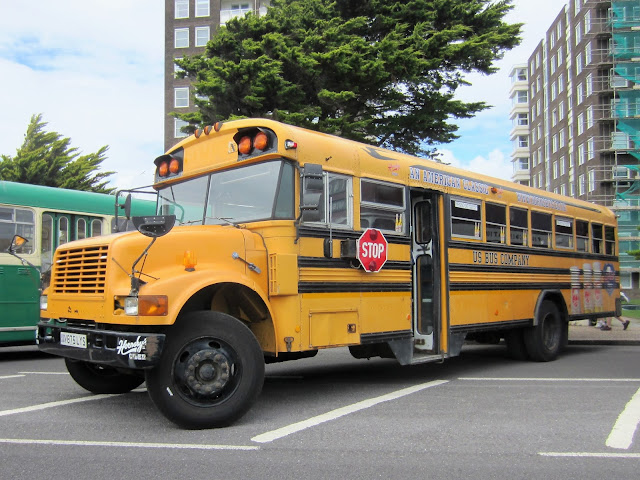 Attracting some attention was a US built Blue Bird yellow school bus V875LYS which had seen some use in the Aberdeen area transporting students to and from campus. 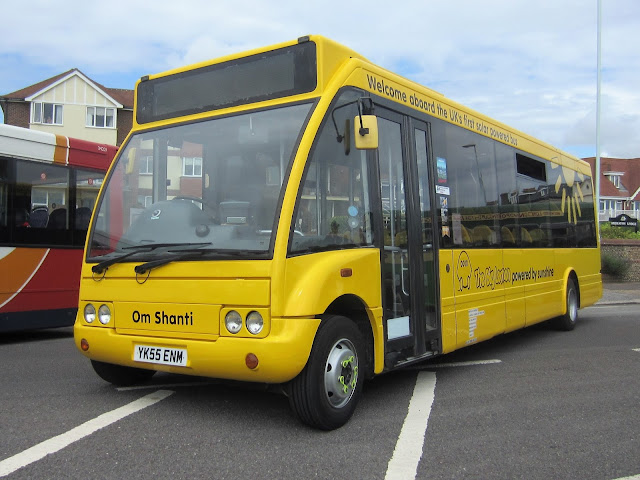 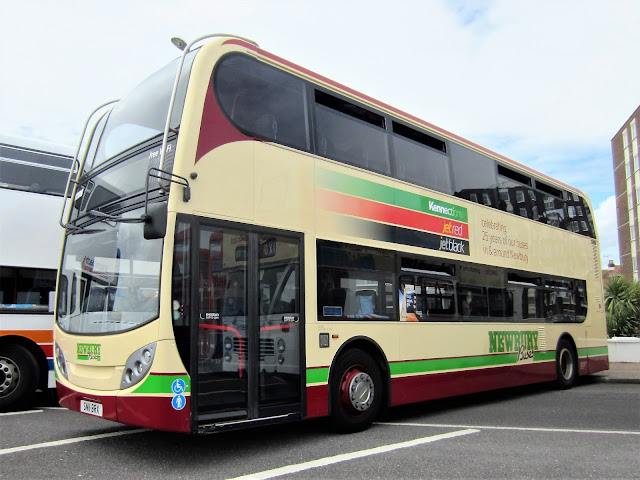 A decker making its second visit in two years was Alexander Dennis Enviro400 SN11BRX, although this year it was in a new Newbury Buses livery. 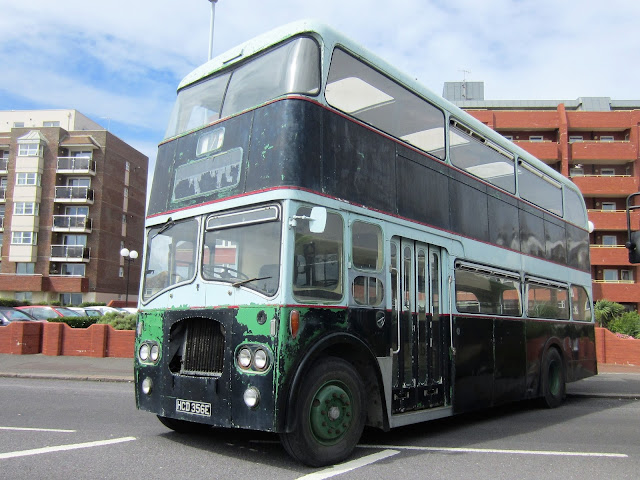 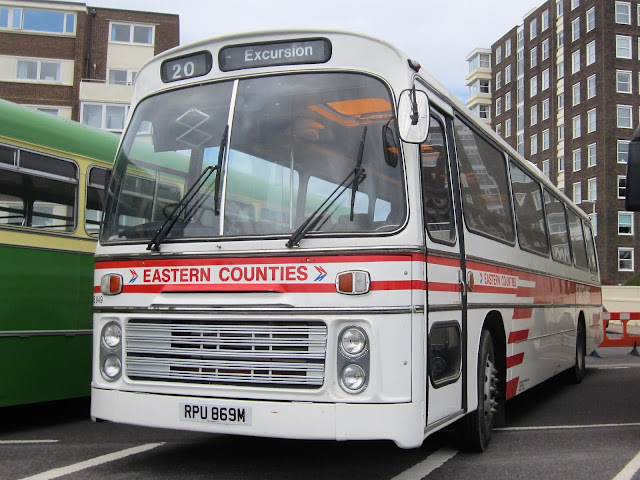 Links to East Anglia were provided by the presence of ex Eastern Counties Bristol RE849 (RPU869M) and former Brighton Hove & District Bristol K5G CAP229 with its Eastern Coach Works body. The latter moved to Eastern Counties Omnibus Company in late 1962 and was, at one time, a temporary resident at the Carlton Colville museum site when then owned by the Ipswich Coach Company

Roy
Posted by eastnorfolkbus at 22:21