With business to attend to in the 'Fine City' yesterday, I arrived on a Konectbus service at Castle Meadow around eleven. After alighting I was caught on the hop with Semmence's MAN FY52PMU passing in the opposite direction 'not in service' 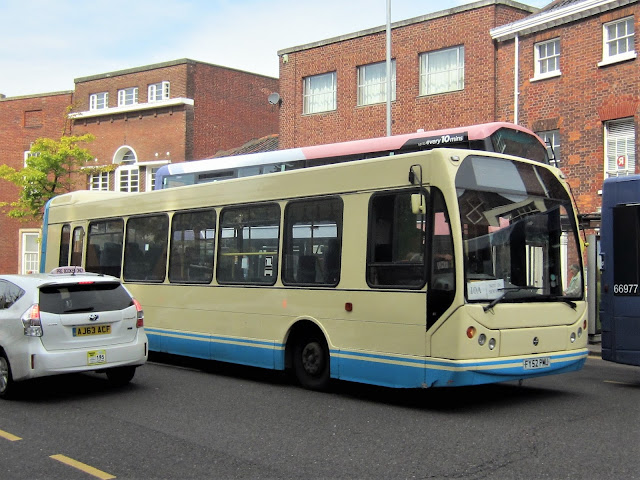 After concluding my business, I looked in at the bus station and found two of Anglians four 61 route branded Scania Omnilinks working X88 services to or from Halesworth/Southwold. The duo were 457 AU61AVK and 454 YT11LVF 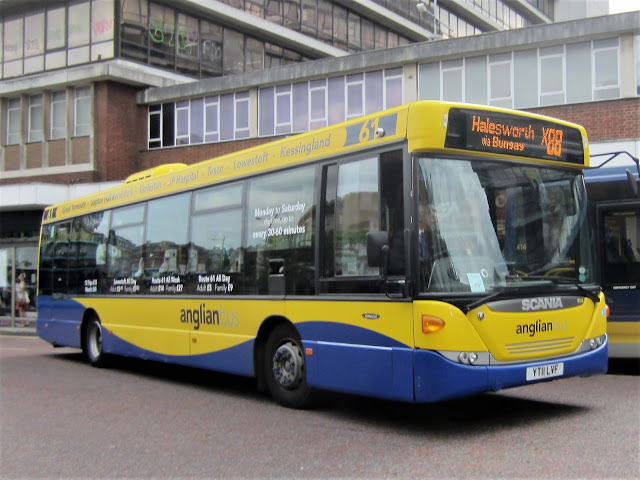 Returning to Castle Meadow, I had to quickly position myself for a photo of Simmonds decker MSU917. The Volvo B7TL / Plaxton President was formerly V188NLK and was new to Metroline in April 2001, passing to GHA in July 2014. Apologies for the photo quality. 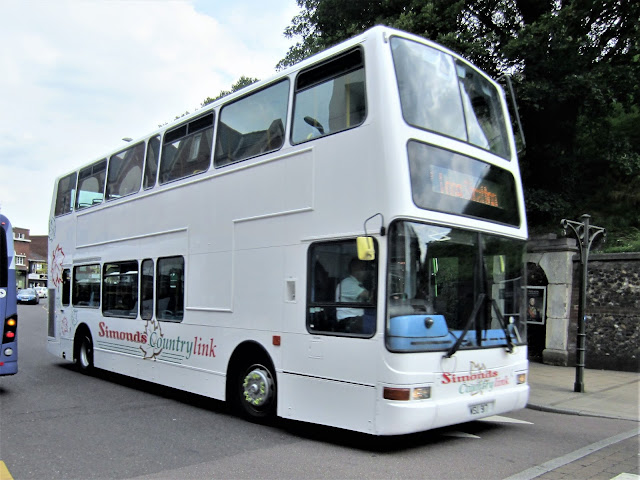 Before catching my Green Line StreetLite to Thorpe, I also observed Stagecoach East's Coasthopper SN61ORC heading into the city on the X29 from Fakenham - nowhere near the coast! 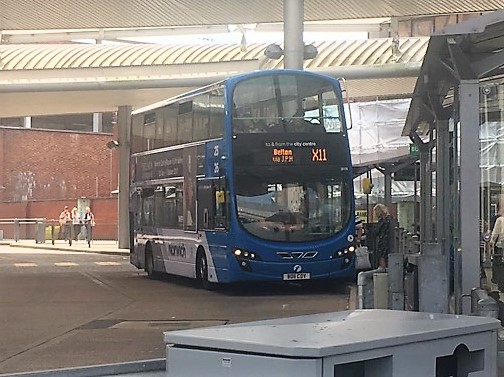 Meanwhile, First Great Yarmouth were using Norwich Blue Line 36179 (BD11CDY) on a round trip on the 2 to Barrack Estate following its MOT at Caister Road. It later worked to Norwich and is pictured here by Kieran Smith at Norwich Bus Station on an X11 duty to Belton later in the afternoon. My thanks to Kieran for the photo.

Roy
Posted by eastnorfolkbus at 10:30