Even in 1994 Great Yarmouth's Beach Coach Station could be relied upon to provide that something unusual. Looking out some photos for today's Throw Back Thursday I came across some pictures of unusual visitors during August 1994. 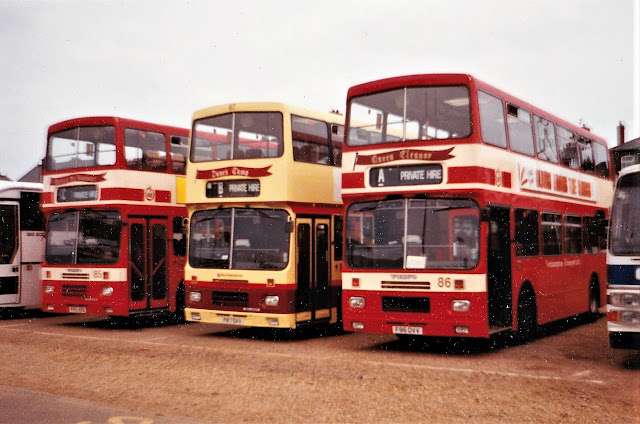 So today's offering is the first of a five part series of photos taken during that month. The first is more unusual in that it shows, not just one, but three double deck buses from the Northampton Transport fleet at that time! The trio were Alexander bodied Volvo B10M-50s with consecutive fleet numbers 85-87.

Number 85 (F85XBD) was delivered in April 1989 with 86 and 87 (F86/7DVV) following in July. All made it into First Group Barbie colours with 87 also being re registered LSU717. F86DVV was notable in that it was exhibited at Showbus in Duxford during September 2001.