This week's #TBT (Throw Back Thursday) features part three of our look at visitors appearing at Great Yarmouth's Beach Coach Station during August 1994. 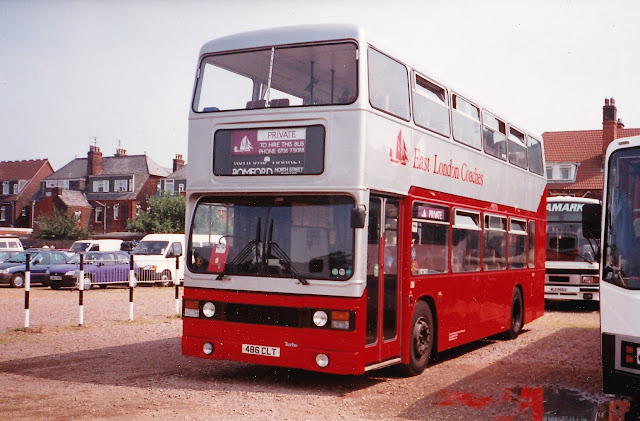 Today's subject continues with the double deck theme and shows East London Coaches 486CLT which was one of five former West Midlands PTE Leyland Titan/Park Royals passing to London Transport. It was new in January 1979 as WDA3T and carried fleet number 7003 when with the PTE. The 486CLT registration was gained in 1992 and the Titan was subsequently re-registered again as HVX771T, with the former plate assigned to Routemaster RMC1500.

Roy
Posted by eastnorfolkbus at 09:44