Further to yesterday's Throw Back Thursday post concerning an Ipswich bus appearing at Great Yarmouth's Beach Coach Station during August 1994, I looked in there again yesterday and found another Ipswich bus there some twenty-three years on! 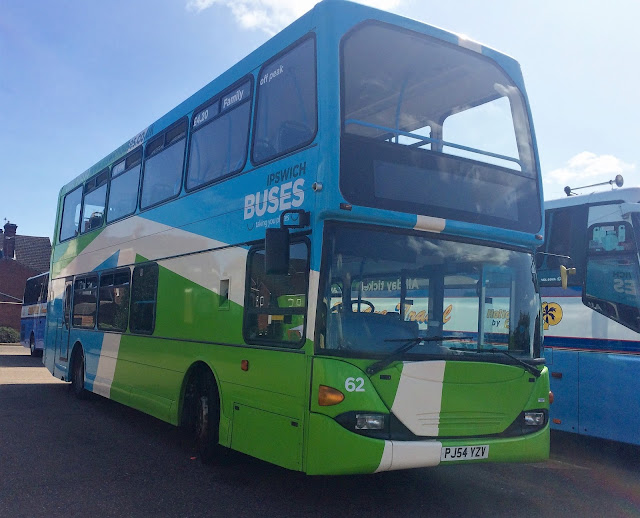 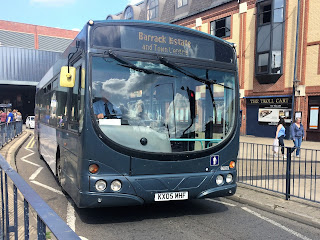 The guest from the Suffolk county town was East Lancs bodied Scania N94UD PJ54YZV which has made many visits before. Numbered 62 in the fleet, it was on a day's excursion from the town. The Ipswich theme continued with former First Ipswich 66979 (KX05MHF), one of three Volvo B7RLE Wright Eclipses moving to First Norwich in late June, being employed on the 2 from Market Gates. 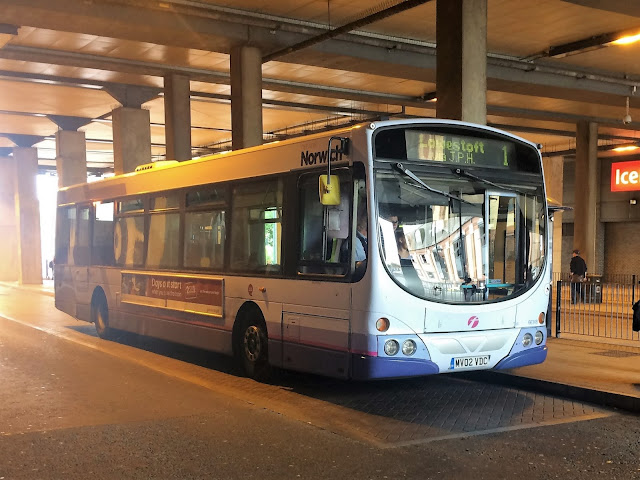 service 1 from Martham to Lowestoft. It is seen here in the gloom of Market Gates and it is possible that it was being used as a replacement for Yarmouth's Dart SLF 42929 (SN05EAJ) which has gone away for a repaint. 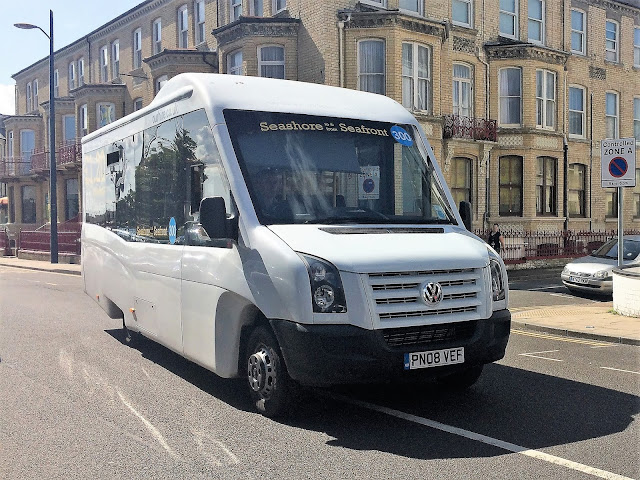 Meanwhile, Our Bus continue their three summer services with newcomer PN08VEF especially labelled up for the 300 Seashore Holiday Park to Seafront service. The minibus is a VW Crofter with Mellor bodywork. Employed on their 200 circular route was Optare Solo YJ59NNL

Roy
Posted by eastnorfolkbus at 10:37