An unusual vehicle arrived at First's Great Yarmouth's depot during yesterday evening. It was previously a double deck Volvo Citybus which has since been converted for use as a mobile theatre. 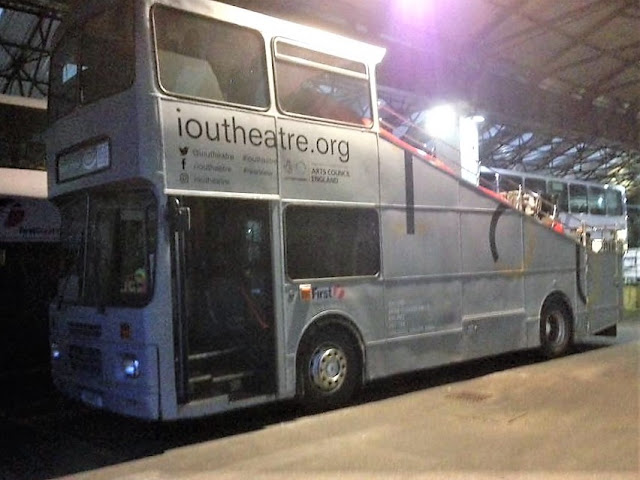 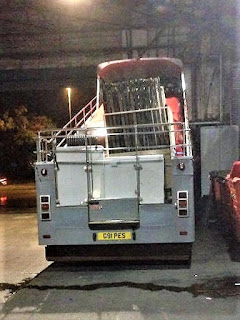 Grey liveried Alexander RV bodied G91PES is in the town for use at the Out There Festival being held in Great Yarmouth over this coming weekend. Owned by Halifax based IOU Limited, the bus has been completely rebuilt behind the cab with theatre style seating facing backwards. 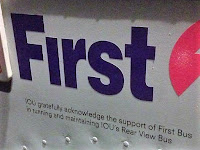 It was new to Tayside in Scotland in late 1989 and there is a photo on Flickr taken in September the following year. IOU subsequently acquired it from Hilton Coach Travel of Newton-le-Willows by the April of last year.

My thanks to First Great Yarmouth for the photos.

Roy
Posted by eastnorfolkbus at 09:23