Yes its Thursday again and this week's Throw Back Thursday (#TBT) is the last in our six part series featuring visitors appearing at Great Yarmouth's Beach Coach Station during August 1994. 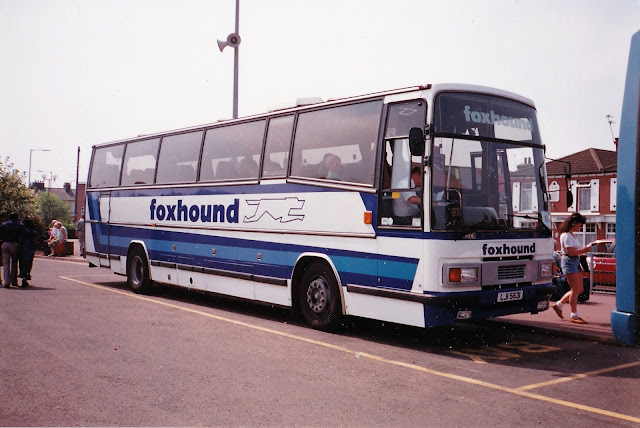 Today's subject is Midland Fox's Plaxton Paramount bodied DAF MB230 LJI5631. Numbered 8006 in the fleet, the coach was new to Welsh of Upton in March 1985 when registered as B568HJF. Apart from a reference that it was observed in Pauls Coaches yard at Harriseahead, Staffordshire in July 2007, I can find no further information about the vehicle.

Locals will note that the Elephant & Castle Public House on Nelson Road North can be seen in the background of the photo. It was then still in use as a pub but has subsequently been converted for housing.

Roy
Posted by eastnorfolkbus at 09:23