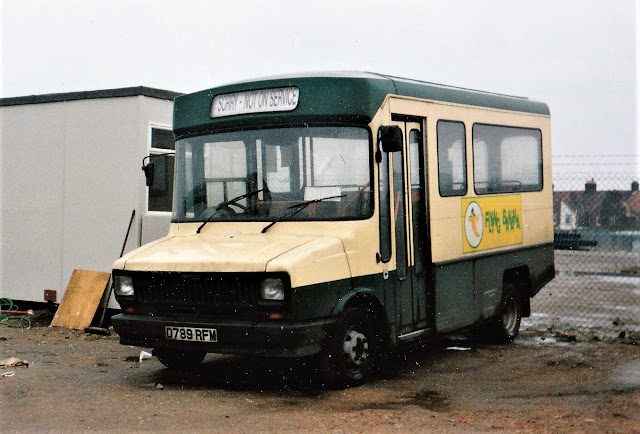 The photo shows a Dormobile bodied sixteen seated Freight Rover 365 at the operator's Yarmouth Business Park premises in the early 1990s. Registered D789RFM, it was one of five similar minibuses on long term hire from Carlyle of Birmingham commencing in 1991. As for D789RFM, it was new to Crosville in November 1986 receiving fleet number MSR789.

Many of the locals still hanker for the good old days of the Banana Buses which certainly did rattle the cage of its larger competitors. I certainly used them and remember the antics of the operators trying to get to the next bus stop first to pick up fares. It also included blocking the rival in at the stops too! Ah the memories....

Roy
Posted by eastnorfolkbus at 09:38