More than a dozen coaches were at Great Yarmouth's Beach Coach Station during yesterday afternoon including two from the small West Row Coach Services fleet based in Bury St Edmunds. 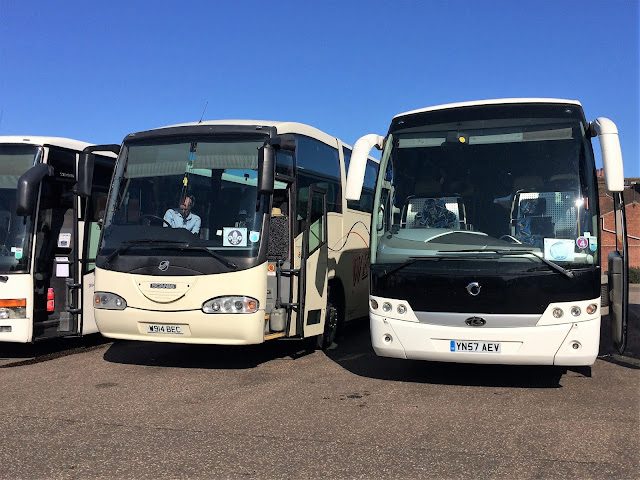 They were Scania/Irizar W914BEC and Beulas bodied Irisbus YN57AEV with the latter being purchased from Man of Gravesend during July 2014. 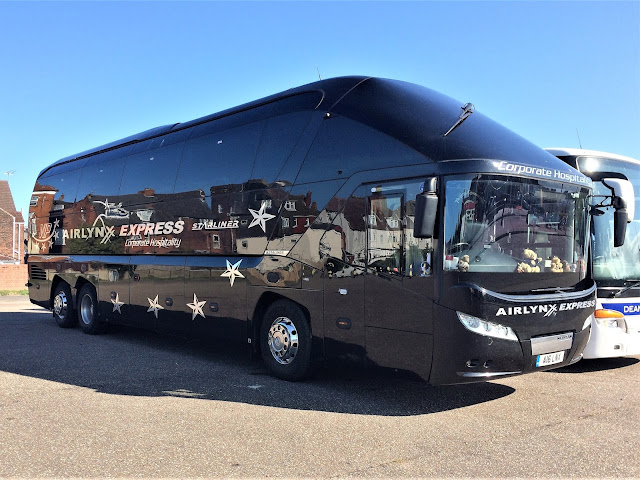 An impressive arrival was A16LNX, a Neoplan Starliner Airlynx Express coach. The operator is based in North Baddesley in Hampshire and acquired it from Ellisons Coaches of St Helens on Merseyside when it was registered ML62OHG.

Roy
Posted by eastnorfolkbus at 08:46