Where Are They Now? ~ R334RCJ Continued 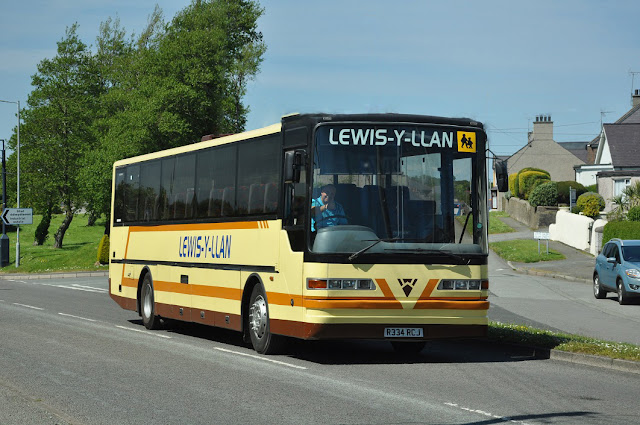 As you can see from the comments section of the original post, I have subsequently received an update that it's 'still going strong' in North Wales. 'Motor Movies TV' tells me that R354RCJ is now with Lewis-y-Llan Bus & Coach Hire of Amlwch on the Isle of Anglesey; having transferred there soon after I had prepared the original post!

Graham Ashworth has kindly provided a photo of the coach with its new operator still retaining the livery applied by Wilkins Coaches of Cymmer. My thanks to Graham for the photo and to 'Motor Movies TV' for the update.

Roy
Posted by eastnorfolkbus at 09:48