New Kid On The Block

Regular readers will have seen my reference to a new coach operator in our area - Jubilee Coaches of Rollesby.

With the beginning of the new school term I am able to reveal that the 'new kid on the block' has secured three of the thirty five Norfolk schools tenders up for grabs. They have won two tenders serving Stalham schools with the other centring on North Walsham. 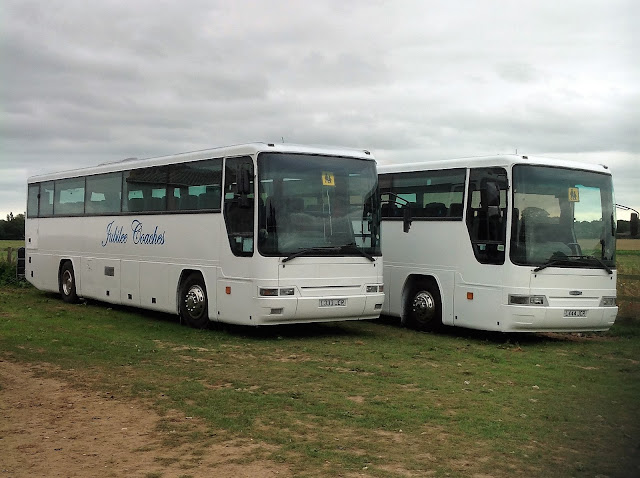 I have previously reported that Jubilee have five coaches in the fleet and they include two former Venturer Coachways Dennis Javelins L333JCR and L444JCR. The special plates hide their former identities of  N43AHH and R682DWS respectively and both have Jubilee Coaches white and branding. Robert Kelly tells me that R682DWS was new to Stevens of Bristol in February 1998 whilst L333JCR was new to Windsorian of Windsor in April 1996 as N333ASH. 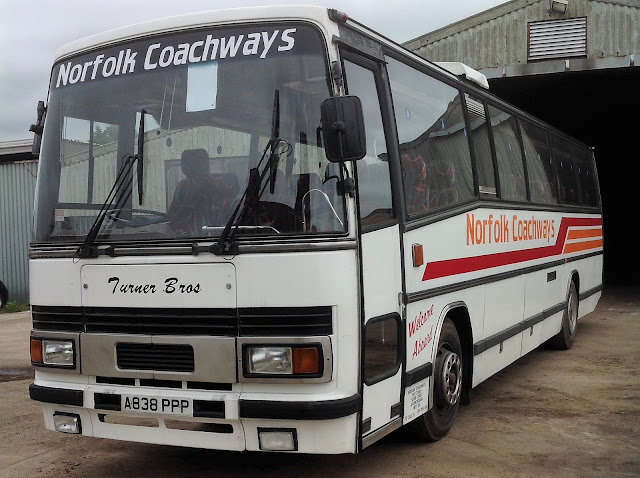 The three remaining members of the fleet have recently been acquired from Norfolk Coachways with photos of Bedford YNTs VJI8206 and A400NNK already appearing on the blog. The third is another Plaxton Paramount 3200 Bedford YNT registered A838PPP which retains Norfolk Coachways branding at present but is to be refurbished and repainted in due course.

My thanks to Kevan Portas for his assistance in preparing this post and for the use of his photos. Thanks also to Robert Kelly for providing the historical information.

Roy
Posted by eastnorfolkbus at 22:28