Unfortunately I didn't make the East Anglian Transport Museum's Trolleybus Weekend on Sunday as intended, although I understand it was a successful event involving the running of ten trolleybuses from seven different cities and towns. 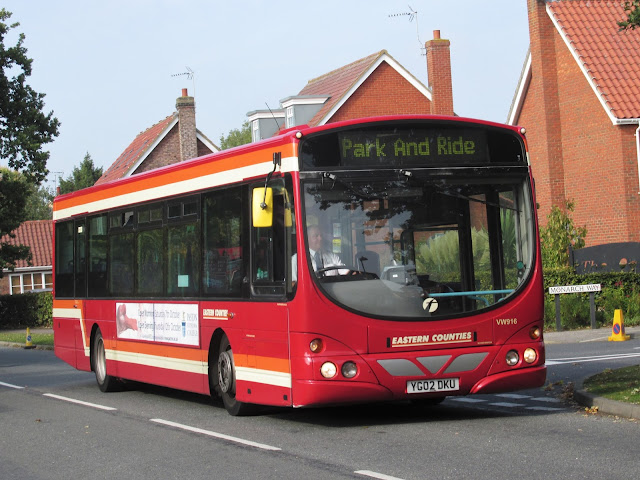 That meant I missed the running of First Eastern Counties heritage liveried YG02DKU on the free Park and Ride service between Ashburnham Way and the museum. However, Cameron Robinson sends in a photo of it on one of the runs during Sunday. 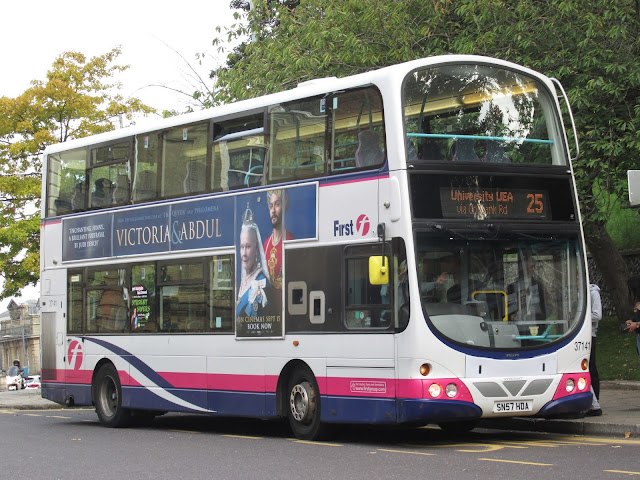 As you will have read from one of Grahame's posts, both former First Borders Volvo B9TL/Wright Geminis at Great Yarmouth (37141/2 SN57HDA/C) went on loan to Norwich this weekend. Again Cameron was on the spot to record the former working the 25 route in the city to the University of East Anglia

My thanks to Cameron for the use of his photos