Since that post Dennis Trident 712 (T812RFG) was withdrawn and sold to Ensign for subsequent scrapping. However, Hedingham's Clacton depot has received three more buses from Konectbus that are still in Anglianbus livery and Robert has forwarded the following photos. 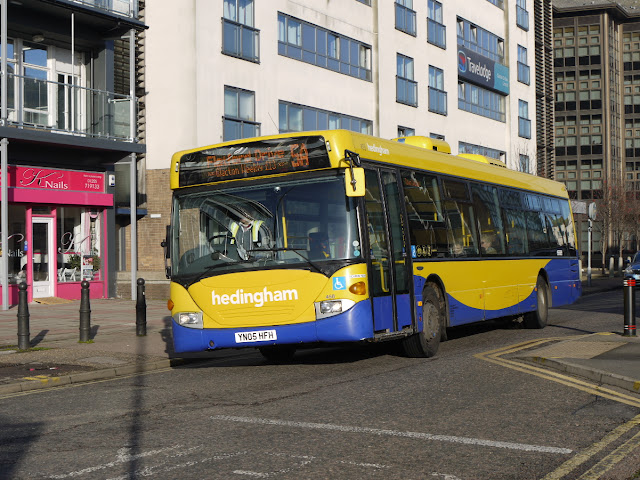 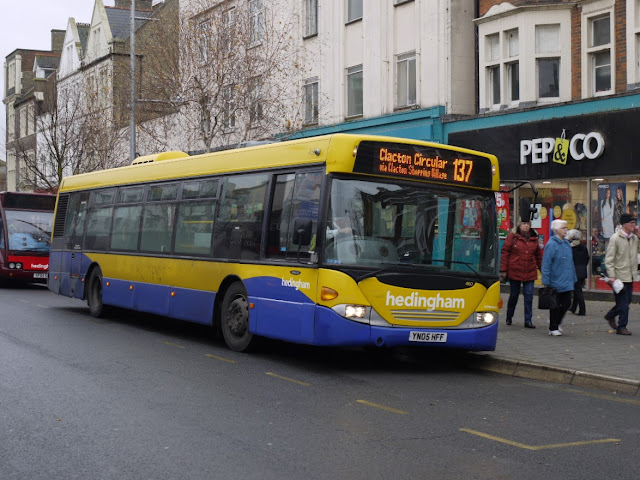 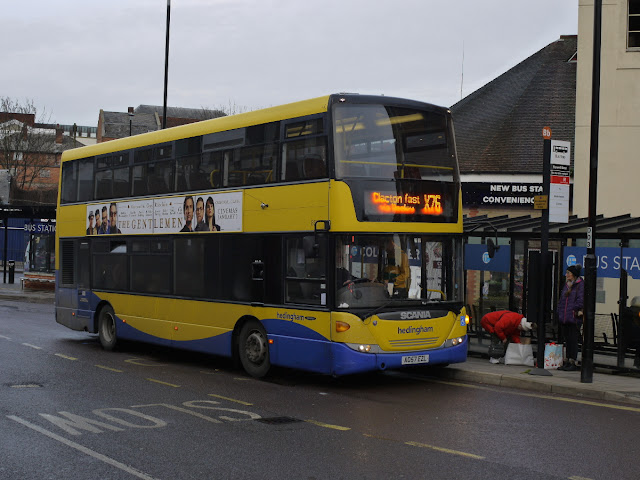 My thanks to Robert for the information and photos. It's good to see the old buses again and, as Robert says, the Anglianbus livery brightens up these dull days.