Liam S visited Dolphin Autos premises in Norwich earlier today and here are a few photos showing what was on view. 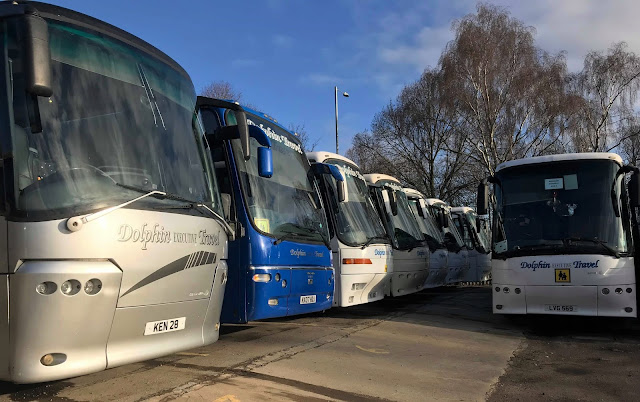 The first shows a collection of Bovas with a Volvo intruding! KEN28 was new to Stacey of Carlisle in March 2006 as YJ06GOE. It was acquired from Woods of Bognor Regis ten years later. Plaxton bodied Volvo B12B KX07HDJ was purchased from Freestones Coaches in September this year and is still in blue. LVG569, another Bova, was new to Cowdrey of Gosport in February 1996 as N709CYC. 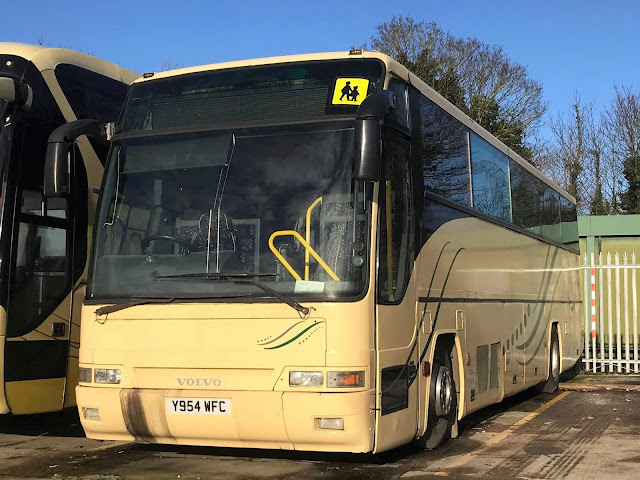 The second features recent arrival Volvo B10M-62 Y954WFC which has also seen service with Crawley Coaches as CLC983T. It was acquired in October this year with legal lettering showing Norfolk Coachways of Besthorpe. Our penultimate photo is of two Mercedes Benz vehicles. R84EDW is an O814D acquired from South West Minibuses of Fishponds, Bristol in 2014, whilst VIL9195 is a 1223L purchased from Miles of Plean, Stirling in August 2018. 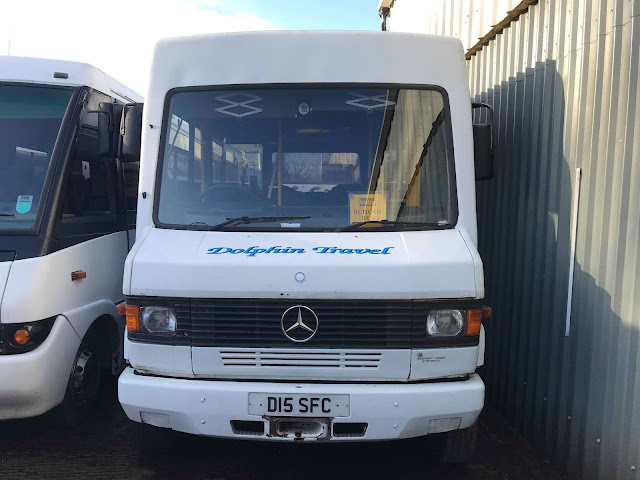 The final contribution is that of D15SFC, another Mercedes, acquired from Translinc of Lincoln in August 2008

Roy
Posted by eastnorfolkbus at 22:19