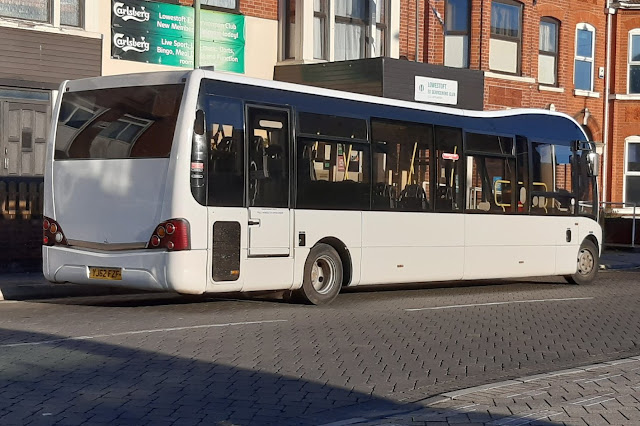 It was Optare M920 Solo YJ62FZF which was new to Britannia Parking of Bournemouth in September 2012. It had previously been operated by the Big Green Bus Company of Newmarket, Cambridgeshire.

My thanks to Andy Swan for the photo and to Simon Bartram for the First news.

Roy
Posted by eastnorfolkbus at 16:54