A couple of instances where two coaches were seen together around lunch time today. The first was at Great Yarmouth Railway Station and the second occasion was at an unusual location on Brewery Plain adjoining the town centre. 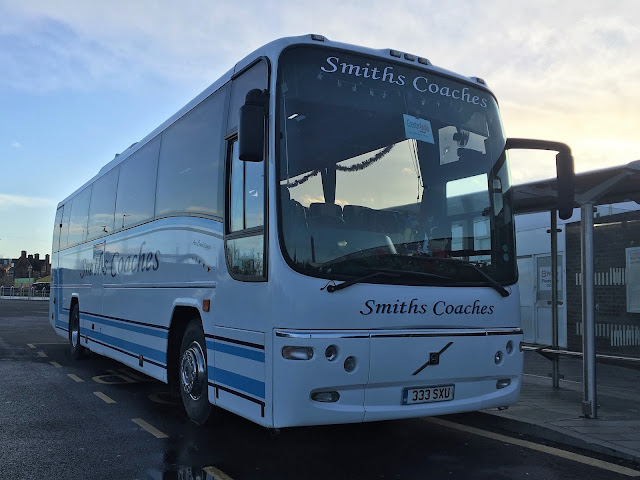 Whilst the trains appeared to be running ok, the duo at the station were Smith's Coaches' 333SXU and Ambassador Travel's KIG8426. The former was previously registered Y152EAY and new to Tudor of Stamford in August 2001. The latter was new to Ambassador as FD54DHY in February 2005. 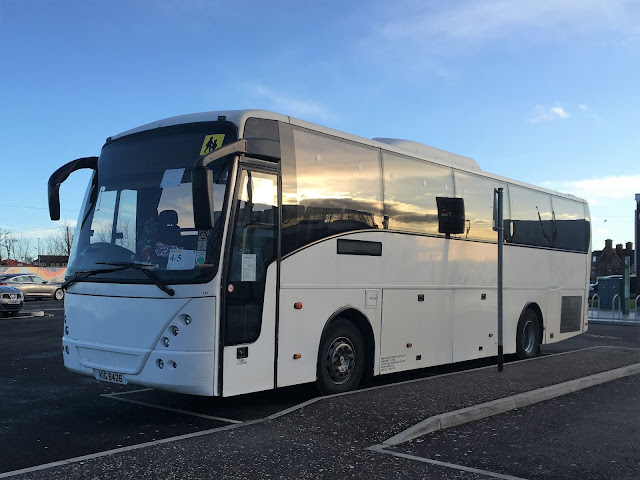 At Brewery Plain was New Bharat's Volvo B11RT BC16NBC accompanied by Felixstowe Travel's Sunsundegui SC5 bodied Volvo B5R M40FXO. Despite the latter's registration it was new to the Suffolk operator in September 2017. 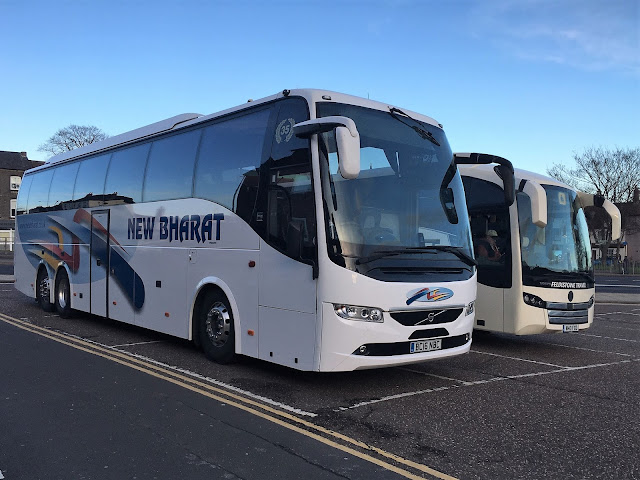 Roy
Posted by eastnorfolkbus at 21:08

Newer Post Older Post Home
Subscribe to: Post Comments (Atom)
WELCOME
Hello and a warm welcome to the East Norfolk Bus Blog from Grahame and Roy and thanks for visiting us.
Now entering its tenth year, the blog concentrates mainly on bus activity within the East Norfolk / East Suffolk coastal strip, centring on the towns of Great Yarmouth and Lowestoft.
There are often reports of frequent visits to other parts of the United Kingdom and also abroad.
Following the recent announcements we are urging all bus enthusiasts to please stay at home. Buses will continue to operate when this is all over and then you will be able to photograph them at your hearts content.
As a result we are temporarily suspending our news feature and will only post the weekly Notices & Proceedings Reports (if published) and possibly some photos from our archives.
We can, however, continue to be contacted by email, twitter, facebook or messenger.
Our email address is
eastnorfolkbus@yahoo.com
Our twitter feed is located at
https://twitter.com/EastNorfolkBus
Our facebook page can be found at
https://facebook.com/east.norfolkbus
PLEASE STAY SAFE BY STAYING HOME!