In addition to First Great Yarmouth's Santa Bus, Norwich also has Awayadays Routemaster Hire providing free vintage bus rides around the city for a period in the lead up to Christmas. 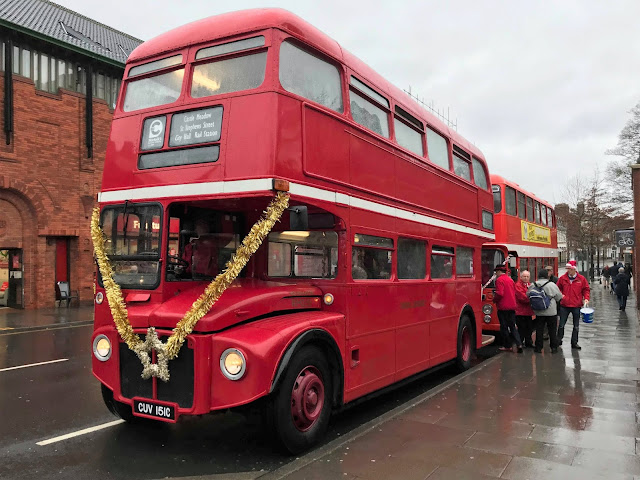 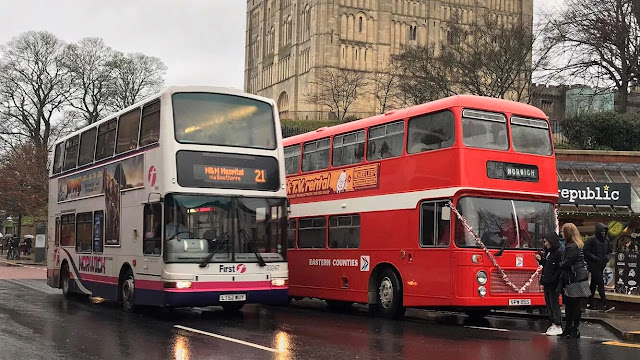 The free service is operating everyday up to and including Christmas Eve, leaving Castle Meadow at 30 minute intervals between 10:30 and 15:30.

Voluntary donations are being welcomed for the Big C, Norfolk's cancer charity.

My thanks to Liam for the photos

Roy
Posted by eastnorfolkbus at 11:51