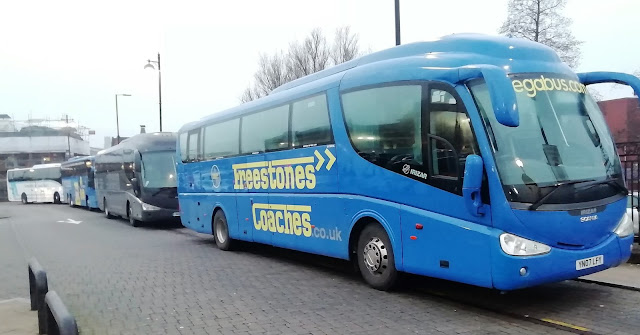 His initial photo shows at least four in attendance with Freestones Coaches' Irizar bodied Scania K114IB YN07LFY at the head of the line up. 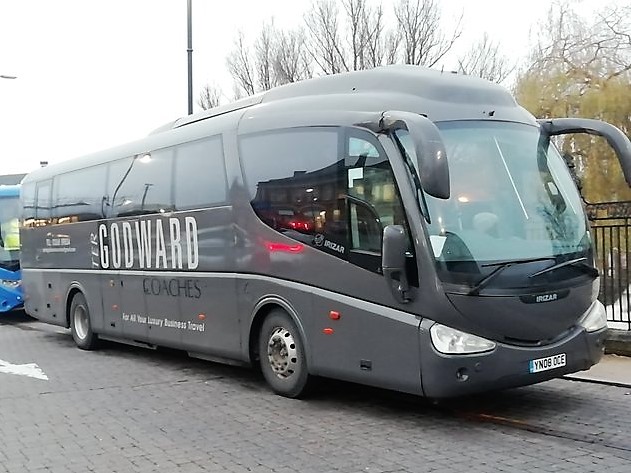 Next in line was YN08OCE; another Scania, this time a an Irizar bodied K340EB4 version operated by Peter Godward Coaches of Basildon. 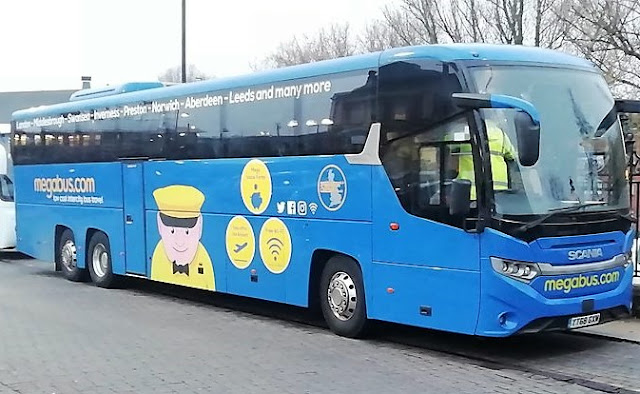 My thanks to Steve for the photos

Roy
Posted by eastnorfolkbus at 11:22