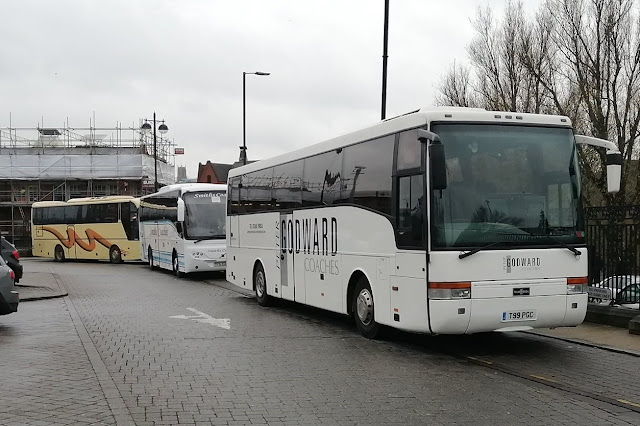 They were Peter Godward Coaches' Van Hool bodied DAF SB4000 with 'cherished' plate T99PGC. It was new to Chambers of Bures in June 2002 as AV02SNN. Next in line was Smith's Coaches' Volvo B12M FP51EUN with Angies Coaches Neoplan P24PJO bringing up the rear. 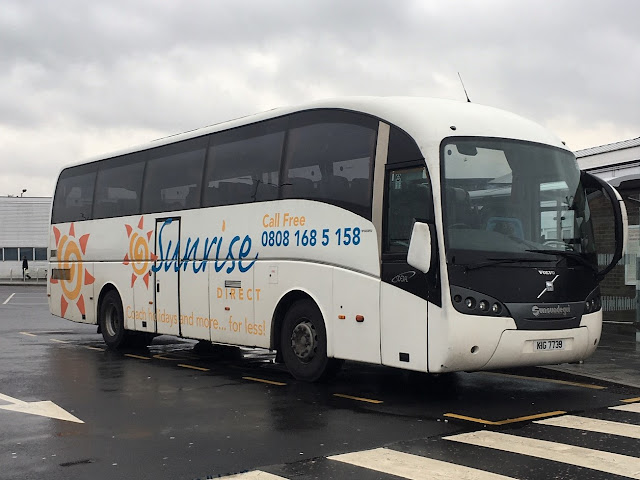 At around the same time Great Yarmouth Station was playing host to Ambassador Travel's KIG7739, a Sunsundegui bodied Volvo B12B. It was new to the operator as FJ08FYB in March 2008.

My thanks to Tim for the photo

Roy
Posted by eastnorfolkbus at 20:22