During March 2015, Grahame reported the arrival of a Stagecoach double decker in Great Yarmouth, It was stored/hidden at the rear of Beach Coach Station behind the toilet and admin block. 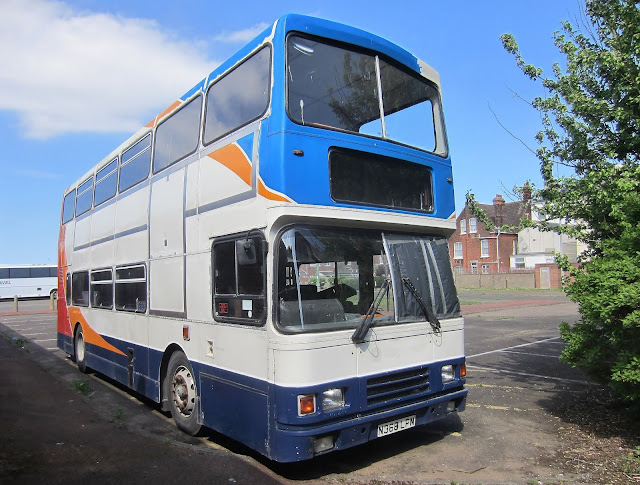 It was N368LPN an Alexander bodied Olympian formerly with Stagecoach Kent as fleet number 16368. It had been purchased by a local charity for conversion into use a shelter/SOS type vehicle for the charity. 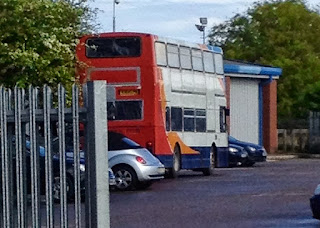 It later moved from its location to more secure premises at Great Yarmouth College with Ryan Durrant providing a photo of it in its new surroundings.

Whilst there work started on providing new inside 240v lighting. A new alternator, belt and batteries were also installed to get it up and running.

The last I saw of it was when it was parked for some time on LG Perfects' site at Harfey's Industrial Estate, still in Stagecoach colours. 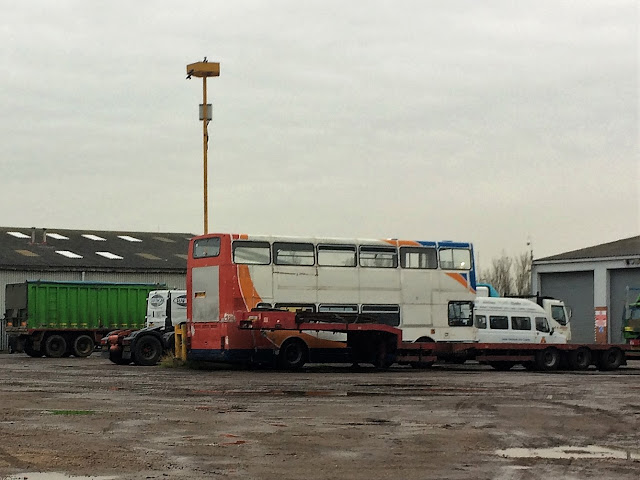 Other than a Facebook photo of it in the Hellesdon area of Norwich I heard no more of it. That was until earlier today when Ben Fosker posted a photo of it Great Yarmouth Market Place repainted light blue complete with its 'Hope On The Bus' charity branding 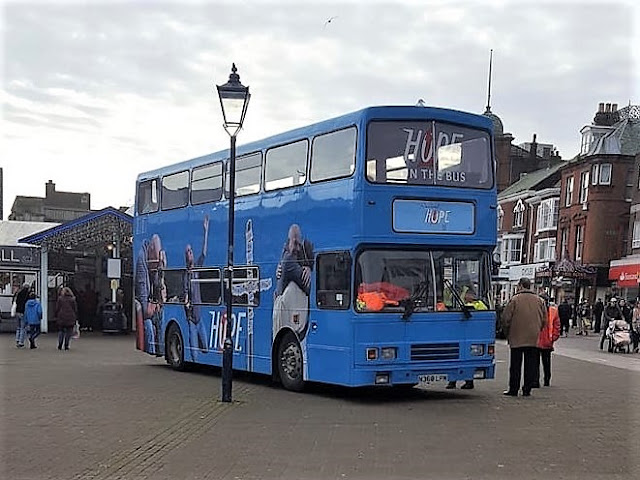 My thanks to Ben for allowing me to use his photo

Roy
Posted by eastnorfolkbus at 22:12