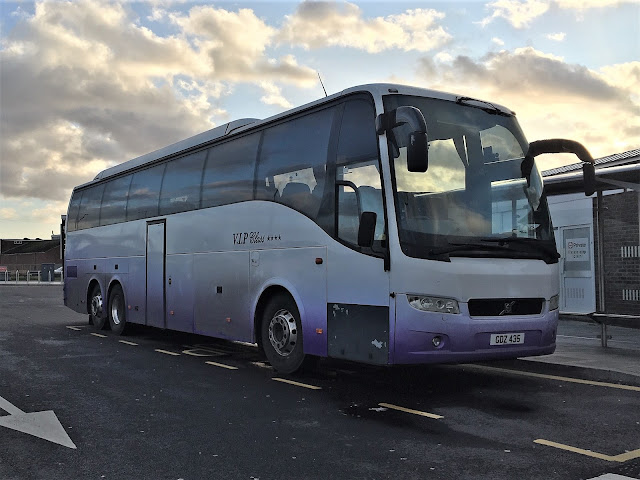 It was Completely Coach Travel's Volvo B12BT GDZ435 which still retains its previous owner's livery having been purchased from Richards Coaches of Guist. It was new to Whitelaws of Stonehouse in June 2008. Apologies for originally suggesting this was with Marett's Coaches

Roy
Posted by eastnorfolkbus at 22:13