The return of Friday Round Up where we usually look around the holiday area of Great Yarmouth to see what coaches are about on their short breaks. 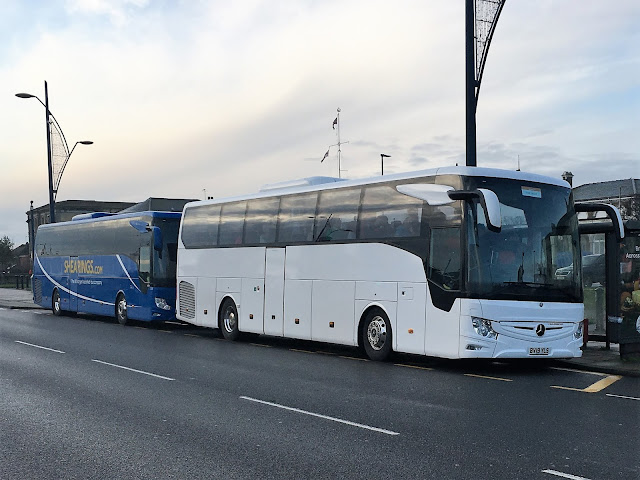 This morning there were two Shearing Coaches on Marine Parade close to the Carlton Hotel. The photo shows both of them, one a regular and one not so. At the front was white Mercedes Benz Tourismo in the form of BV19YLS (completely devoid of any fleet names) whilst behind was BU18YSL 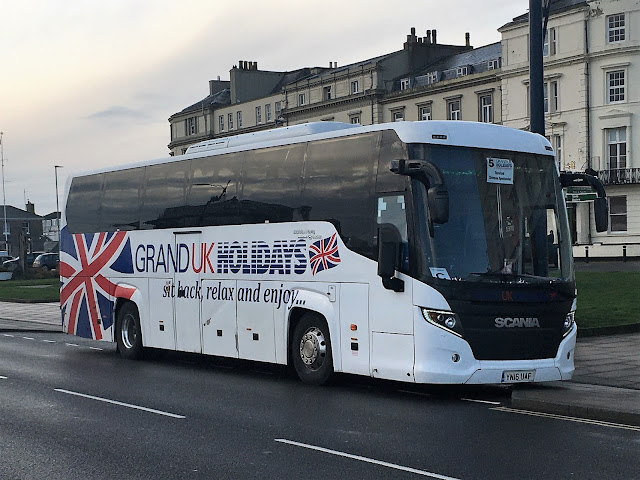 Nearby on Marine Parade was Ambassador Travel's Scania YN16UAF in Grand UK Holidays livery. It is apparently later heading off to Thursford for the Christmas spectacular if the windscreen notice is to be believed 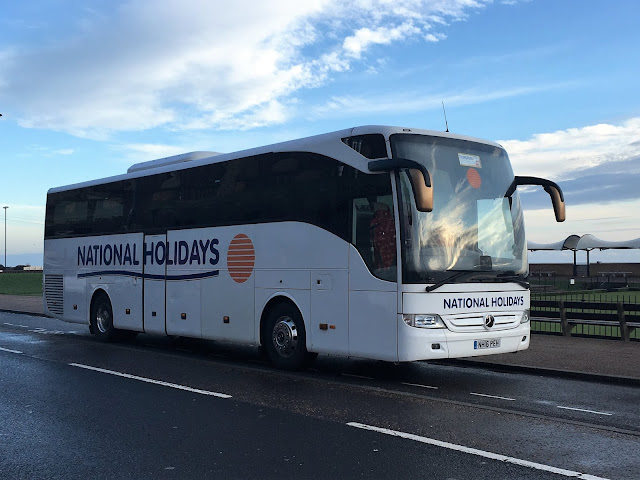 Roy
Posted by eastnorfolkbus at 11:53