Where Are They Now ~ SE51DZV

Following my post of Sunday concerning the use of Completely Coach Travel's GDZ435 on rail replacement at Great Yarmouth station, I received some information of a former Great Yarmouth based coach.

Originally purchased by Swift Coaches for school contract work in August 2009 SE51DZV, a Jonckhere Monaco bodied Volvo B12BT, was sold to Richards Coaches of Guist in November 2012. There was a report on the blog in July of the following year which included a photo of it by David Bell in Richards' livery. 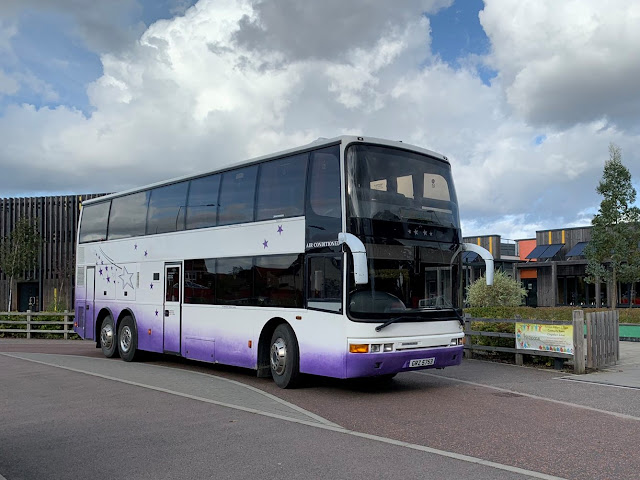 Following the Sunday Facebook post on GDZ435 it was revealed that SE51DZV is also owned by Completely Coach Travel of Costessey in Norwich. The operator has kindly sent of photo of it in its later guise as GRZ5753. So that's where it went after the demise of Richards Coaches!

My thanks to Completely Coach’s Travel for the use of the photo.