On Saturday last Purfleet based Ensignbus held their annual heritage bus running day featuring mainly their own collection of preserved buses from the 1930's - 1990's. 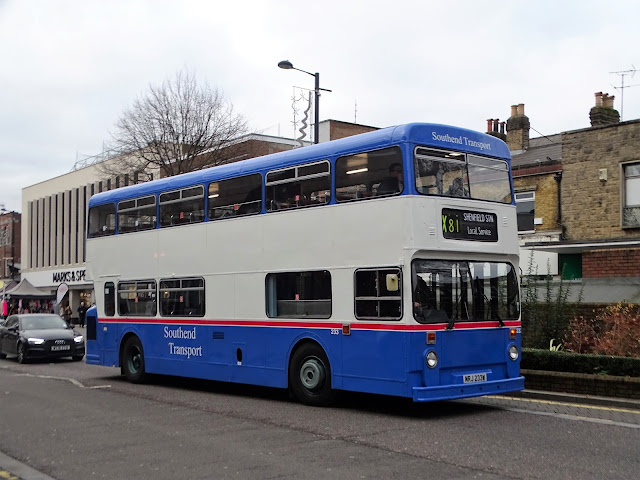 'Reg Vardy' has kindly provided photos of some of the vehicles operating at the event. The first shows 1981 former Southend Transport Leyland Fleetline MRJ233W in Brentwood High Street on the X81 route between Shenfield Station and Tilbury Ferry. 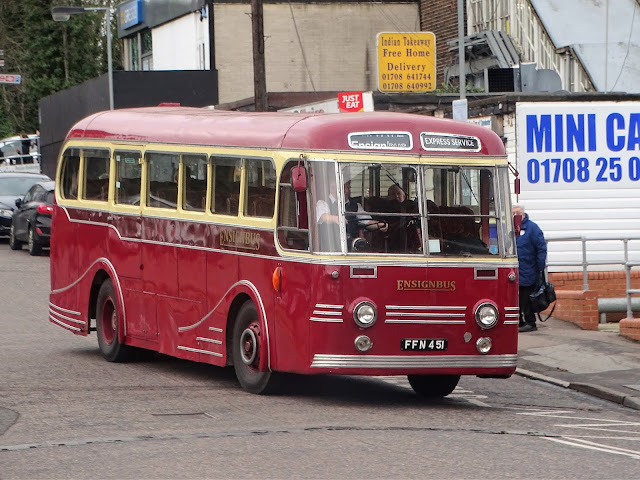 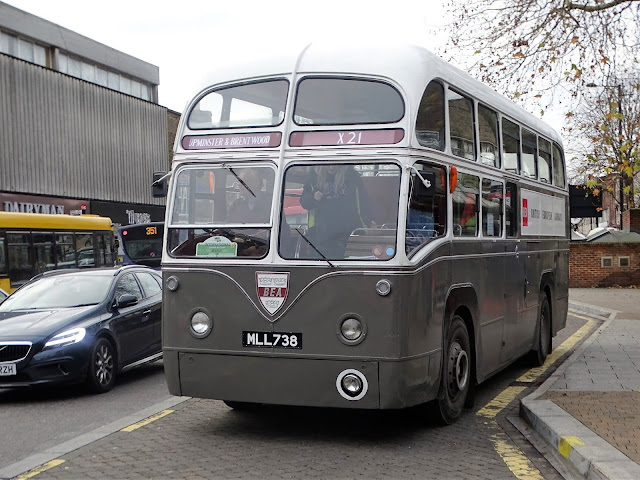 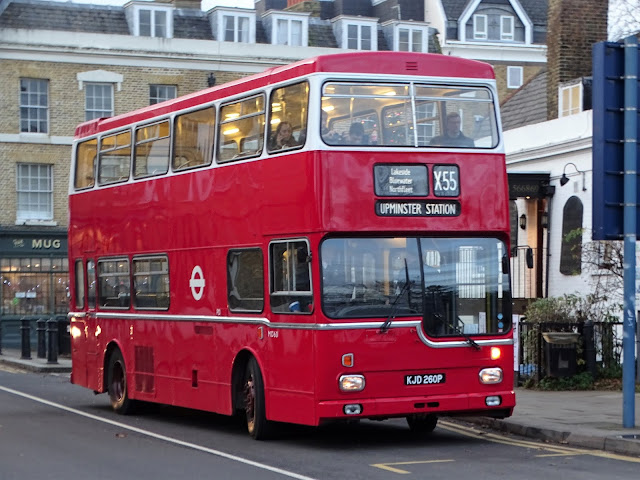 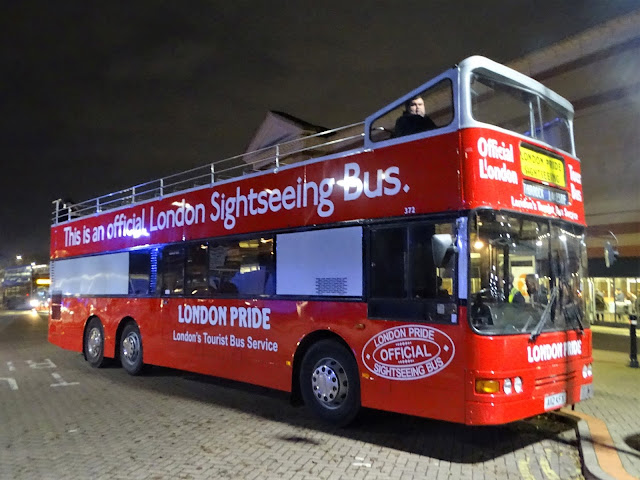 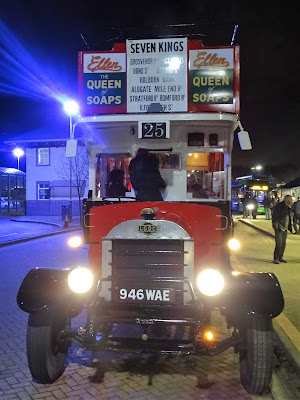 MCW Metroliner A112KFX is pictured at Lakeside. This former Original Tours bus, new to Shamrock and Rambler of Bournemouth, has been repainted in to London Pride colours.

Next up is 946 WAE. It was originally built in 1964 as a single-deck Bedford coach for Wessex Coaches in Bristol. It was re-designed and re-built in 1982 by E L Farrar in Cornwall and fitted with the present body, which is a replica of a London General Omnibus Company B-Type motorbus. It is photographed at Lakeside.

The final photo is of former London Transport MCW Metrobus M1 THX101S in Brentwood High Street. It arrived in April 1978 and was allocated to Cricklewood, operating from October 1978 as a crewed bus on routes 16 and 16A (Victoria - Neasden)

My thanks to Reg Vardy for sharing his photos with us 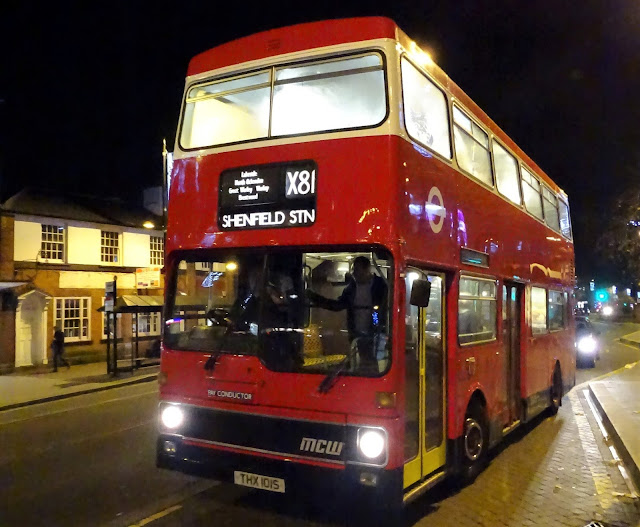 Newer Post Older Post Home
Subscribe to: Post Comments (Atom)
WELCOME
Hello and a warm welcome to the East Norfolk Bus Blog from Grahame and Roy and thanks for visiting us.
Now entering its tenth year, the blog concentrates mainly on bus activity within the East Norfolk / East Suffolk coastal strip, centring on the towns of Great Yarmouth and Lowestoft.
There are often reports of frequent visits to other parts of the United Kingdom and also abroad.
We invite you to contribute any reports or photos for the news section. They can be received by email, twitter, facebook or messenger. All contributions are acknowledged with anonymity respected if requested.
Our email address is
eastnorfolkbus@yahoo.com
Our twitter feed is located at
https://twitter.com/EastNorfolkBus
Our facebook page can be found at
https://facebook.com/east.norfolkbus