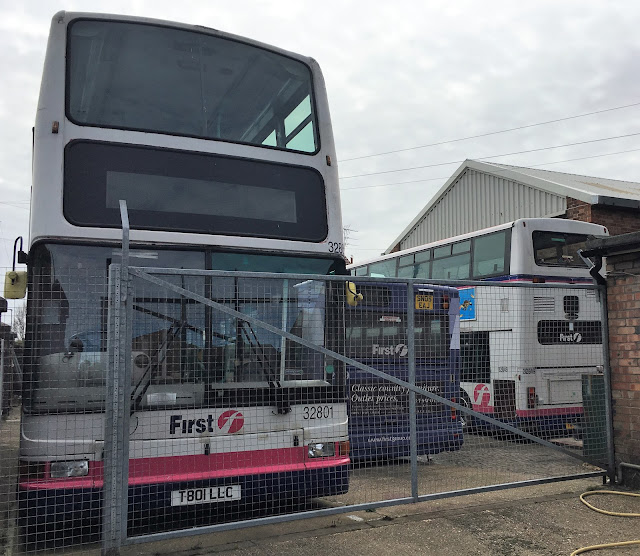 It is reported in this month's Buses Magazine that Black Cat Coaches of Lincoln has disposed of its ex First Great Yarmouth Dennis Trident/ Plaxton President T801 LLC.

The Trident, the first low floor double decker for First London, was scrapped by the end of last year. It was new to First Capital in June 1999 as their TN801.

It was one of three former First South West Dennis Tridents which had moved to the Great Yarmouth area, via Norwich, on loan over the Christmas 2017 period.

The photo shows T801 LLC in the rear yard at First's Caister Road depot keeping company with T849 LLC in March 2018
Roy
Posted by eastnorfolkbus at 09:07