Syd Eade provides the attached photos which may be of interest and also provides some amusement! The attached poster appeared on Syd's local post box in Pakefield, lamenting the disappearance of town service 103 to Lansdowne Estate. 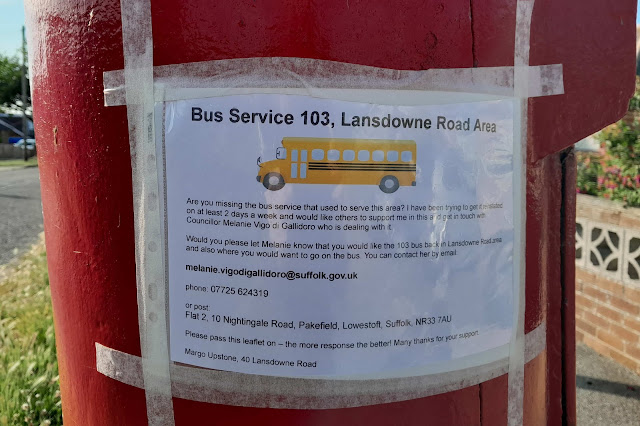 He says 'Once Lowestoft Corporation service 4A, it became 689 with Lowestoft Joint Services (both every half hour) and from 1977 services 680 and 682 ran every 20 minutes through the Estate. The 680 changed into a 688 on arrival at Elm Tree Cross Roads. Many other variations followed, ending with a 103 which originally ran through to Carlton Colvile, but latterly was just five times a day to Lansdowne Road only and was cancelled when Covid hit.' Syd adds 'It was never operated with right hand drive American school buses though to my knowledge! As the service is totally covered by the current X2 with the exception of the last two stops, I do not think there is much hope of the run returning commercially.' 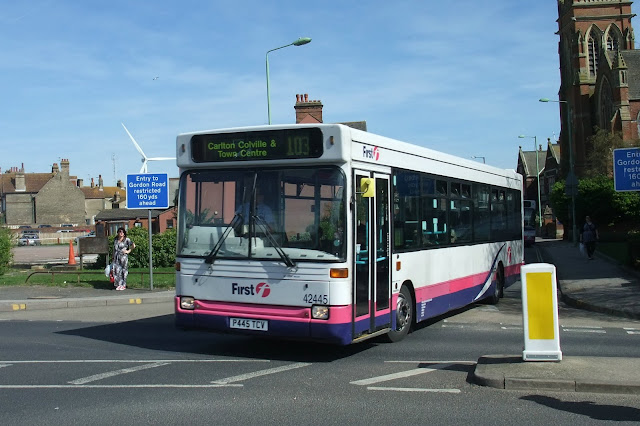 He has provided photos of the early times with a Dart running on the 103 in the 'good old days' Many thanks for your contribution Syd which has taken some time to publish due to me being away on a short break.

Roy
Posted by eastnorfolkbus at 12:17