I have just returned from Worthing on the South Coast and there are a few photos taken over the past few days which may be of interest. 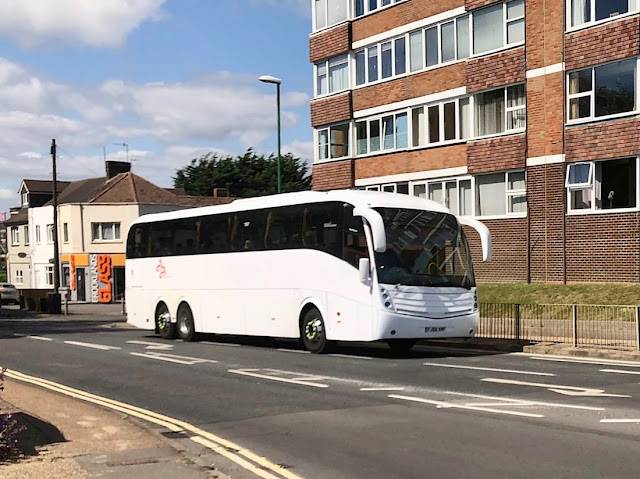 Monday meant a leisurely stroll to Lancing along the A259 coastal road with the first photo being Littlehampton independent A&A Travel's Caetano Levante FJ08 KMF. It was formerly with JB Coaches of Pudsey as J900 JBT. It has also seen service with Arriva The Shires and Classic Coaches but was new to Burtons of Haverhill. 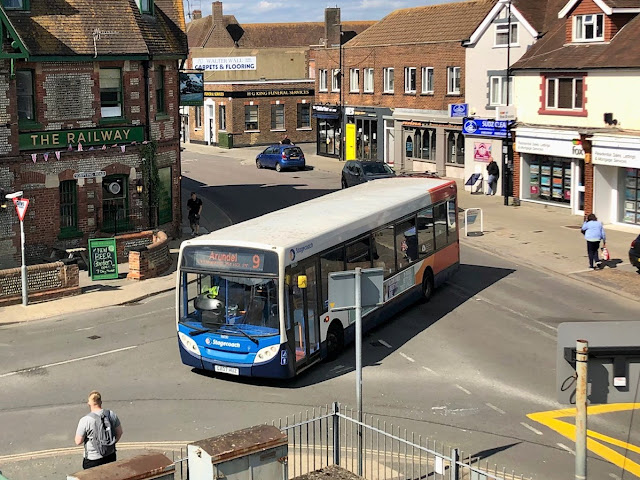 Arriving in Lancing the level crossing providing the focus of attention, although I did get a photo of Stagecoach South's ADL Enviro 200 36030 GX07 HUZ from the railway footbridge working the 9 route to Arundel. 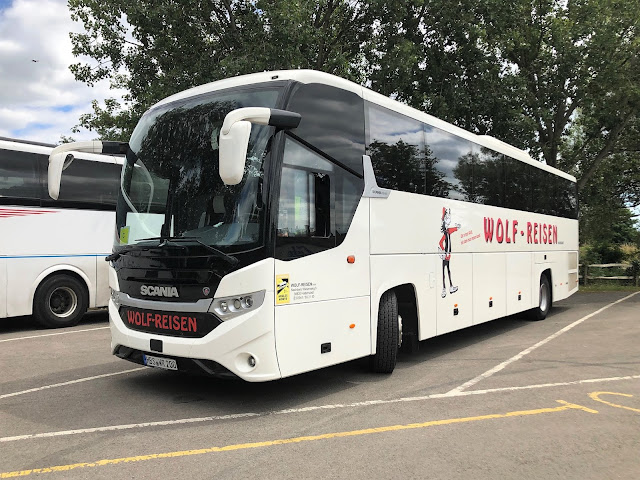 On Tuesday we explored Arundel itself and found two coaches in the car park near the castle entrance. The first was a Scania from Wolf-Reisen of Halberstadt in Germany. HBS-WR200 is one of a fleet of five available for holiday, day and school trips says its website. 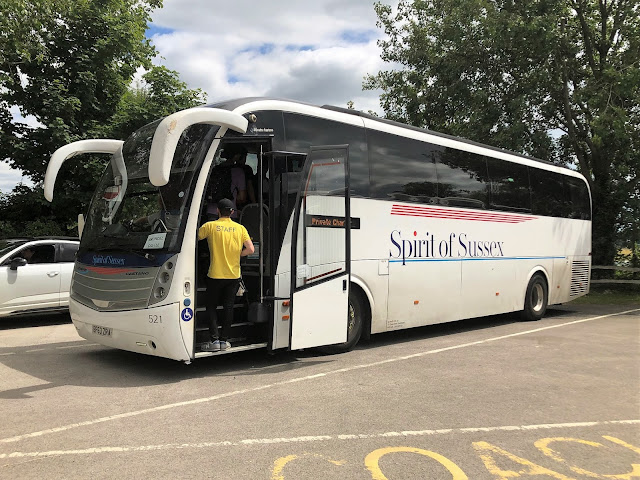 The second coach was branded the Spirit of Sussex and registered BF63 ZRA. The legal lettering showed it to be from Go North East of Gateshead and with a fleet number 521 attached. However, my post on Friends of the PSV Circle Facebook Group elicited the information that it was now with Brighton & Hove as part of the coaching unit. 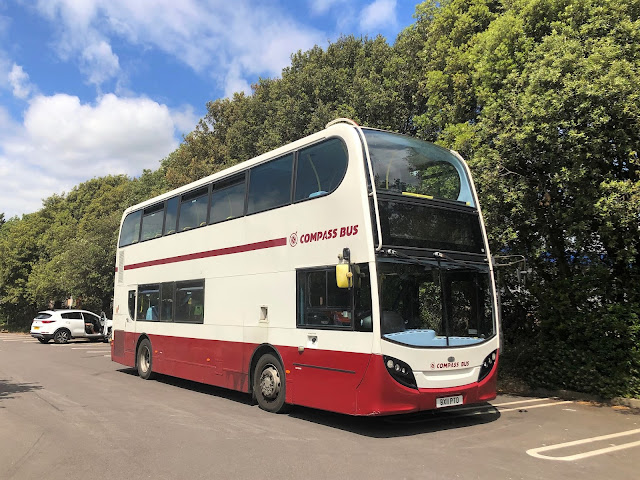 The final photo shows Compass Bus BX11 PTO looking vary smart in the sun at Lyons Farm in Worthing. The Alexander Dennis Trident with E400 bodywork was new to Alexander Dennis as a demonstrator.

Roy
Posted by eastnorfolkbus at 11:52