Ken Aveyard noted in his visit to the Plymouthian Transit blog at the weekend that a post had been put up on our site concerning the movement of Volvo B7RLE's from First Wessex. 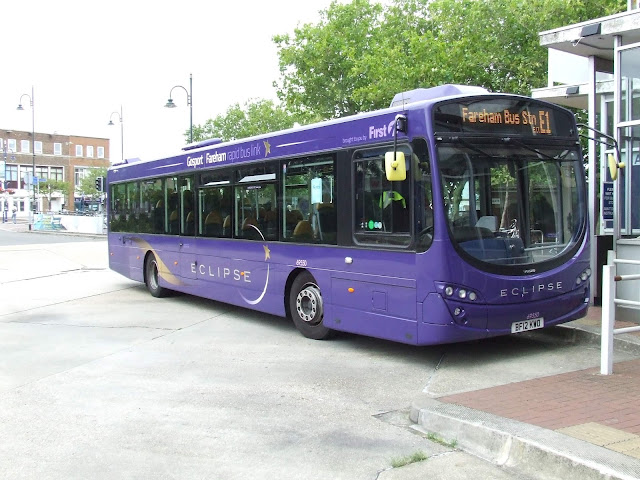 He was in Ipswich the previous Wednesday when he saw First Eastern Counties 69010 AU05 DMY outside the station, noticing it had guide wheels attached. He 'understands these older Eclipses from 2005 need replacing and Wessex are sending some of their 2012 examples as replacements as they're the newest Volvos in the south of England and you can't fit guide wheels to Streetlights. 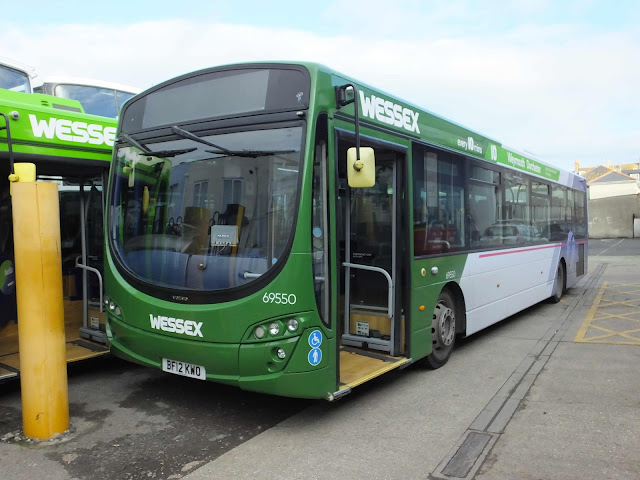 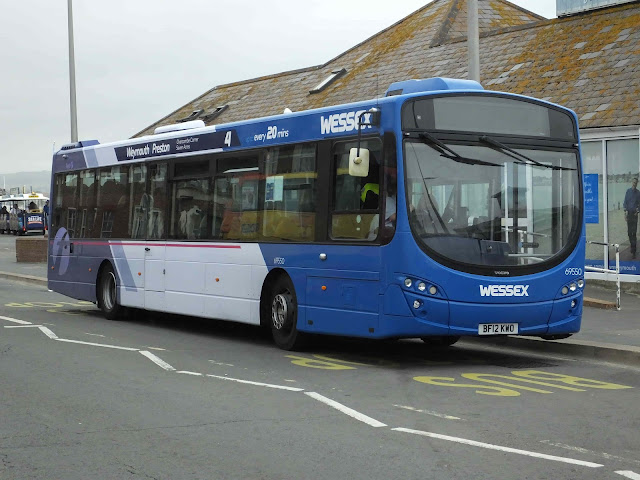 Thanks Ken for the email and photos.

Roy
Posted by eastnorfolkbus at 14:26