A long weekend break down in Worthing and I thought nothing much is happening so I won't take the iPad for posting as there wouldn't be much to report. How wrong I was! So I've prepared the posts in date order and re-dated them so they appear as they would've done on the days. 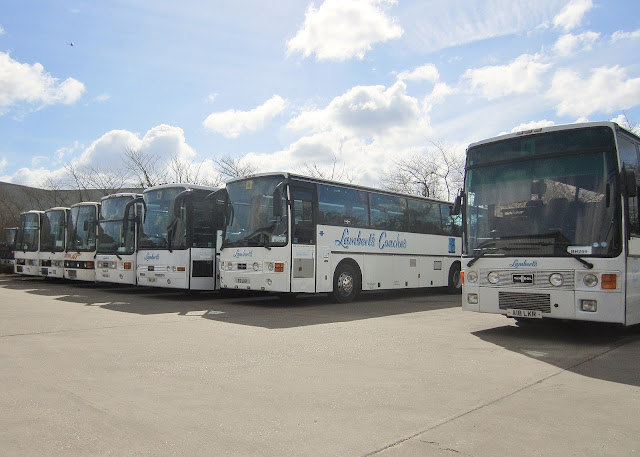 The first to report is the demise of Lambert's Coaches of Beccles and the rumours of closure became a reality when viewing David Martin's photo of an empty yard on the Friends of PSV Circle Facebook Group on Saturday morning which confirmed it. 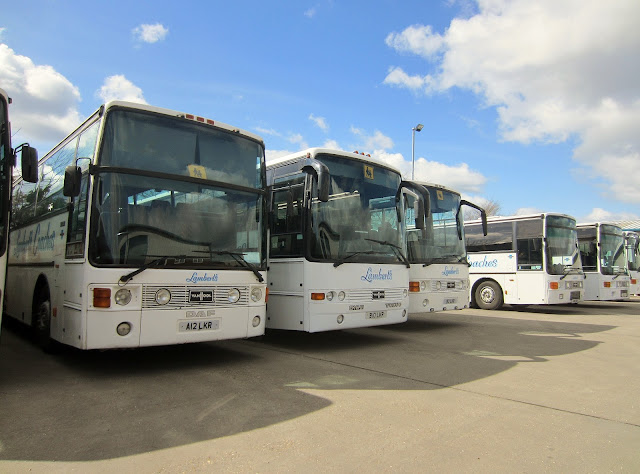 Lambert's Coaches was a family operated business of some 110 years experience and I sent a personal message to Managing Director Lorraine Reade who said it was a very hard decision to make. 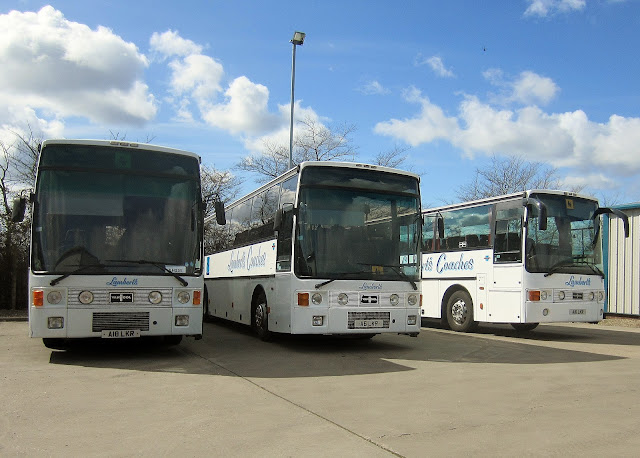 The photos are from a visit I made in Spring 2015

Roy
Posted by eastnorfolkbus at 15:49