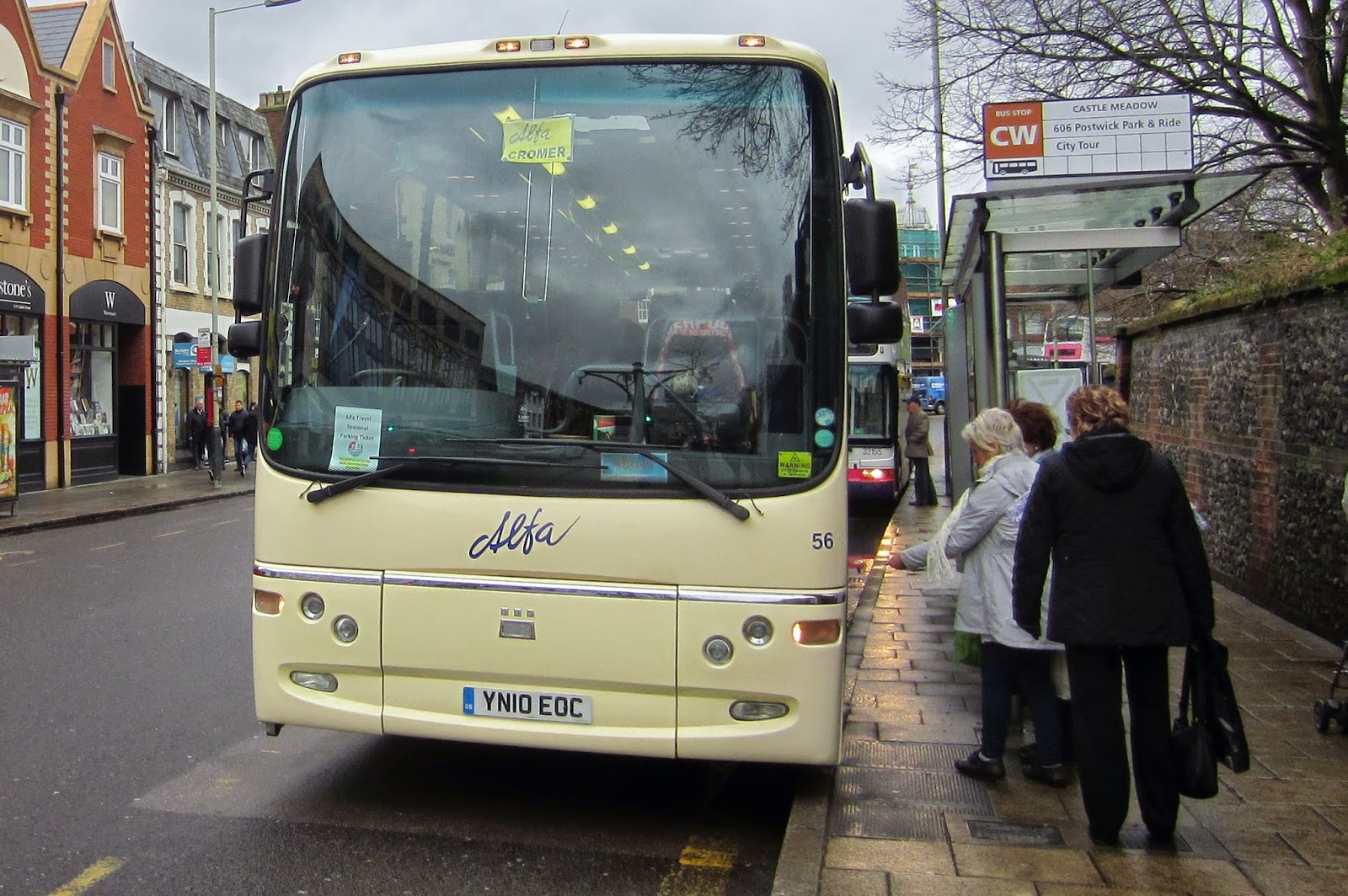 The first to report was the appearance of Alfa Travel's Plaxton Paragon bodied Volvo B12B YN10EOC waiting to pick up its passengers at Castle Meadow prior to returning to Cromer.

Other local operators with a presence included Reynolds of Caister with Volvo ICZ6697 and Tourismo BX55FYO. Eastons were using Bova A18AWE 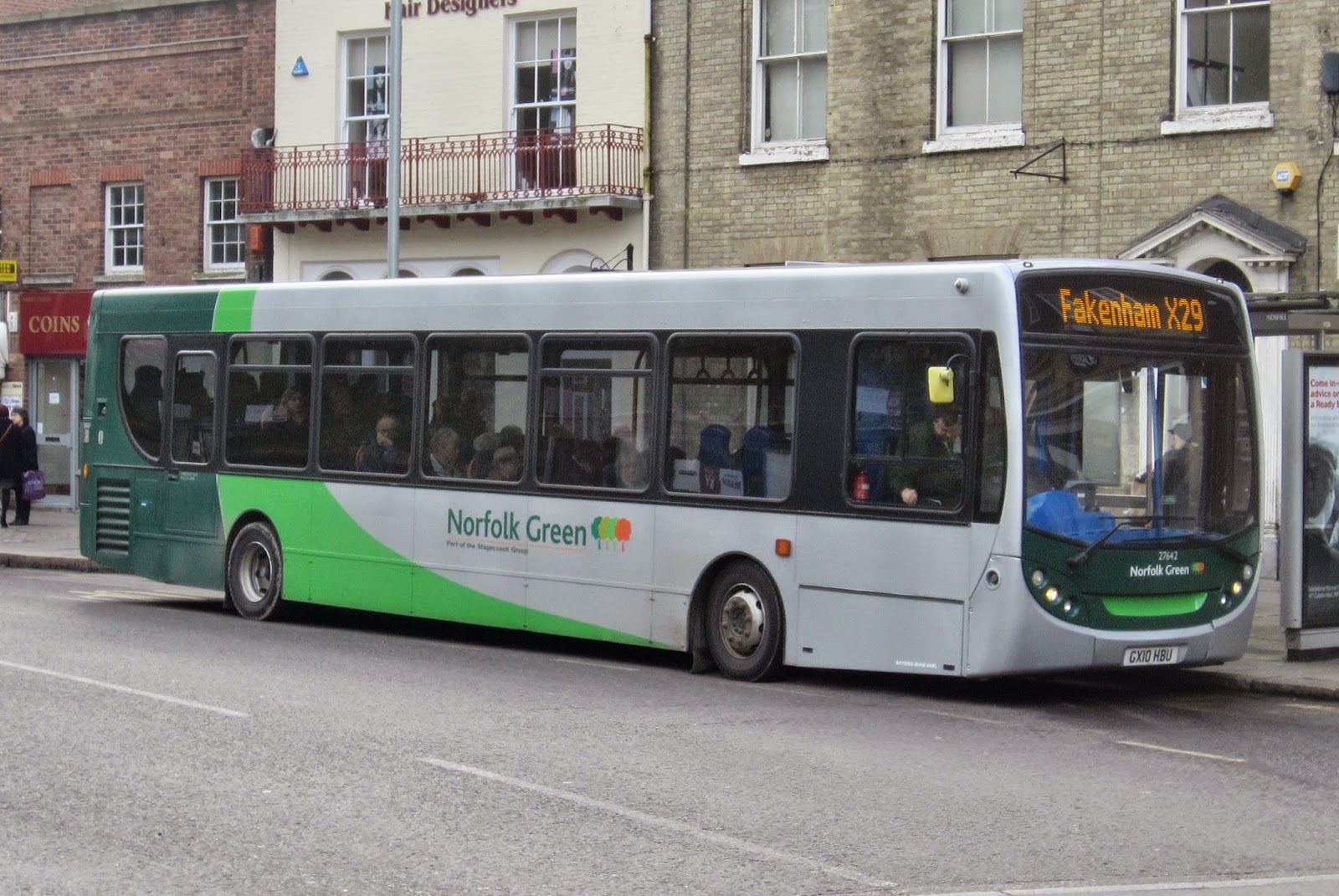 Norse Tridents were continuing with their Park and Ride duties. I understand from SteveW that Konect have been awarded all the Norwich Park and Ride routes commencing in September so we won't have long now to enjoy those hard seats! 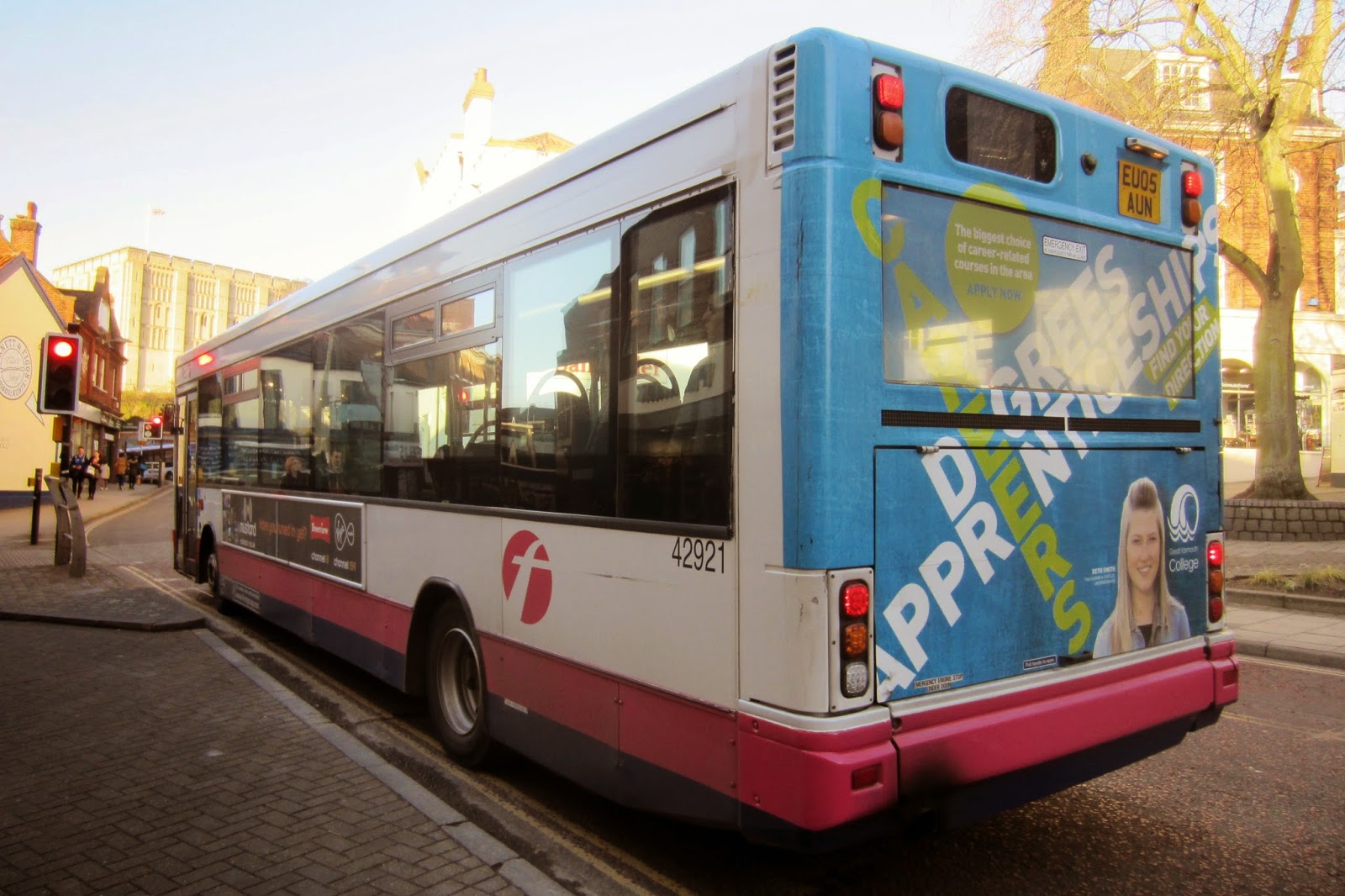 Lastly, as I was about to leave for home, former Yarmouth Dart 42921 EU05AUN passed me complete with its Great Yarmouth College rear advert. It appears that its loan to Norwich is to be made more permanent
Posted by eastnorfolkbus at 10:42