March Morning In The City

A rare weekday visit to Norwich for me today as I had appointments in the city, once completed I spent a while in Castle Meadow observing the operations as you do! 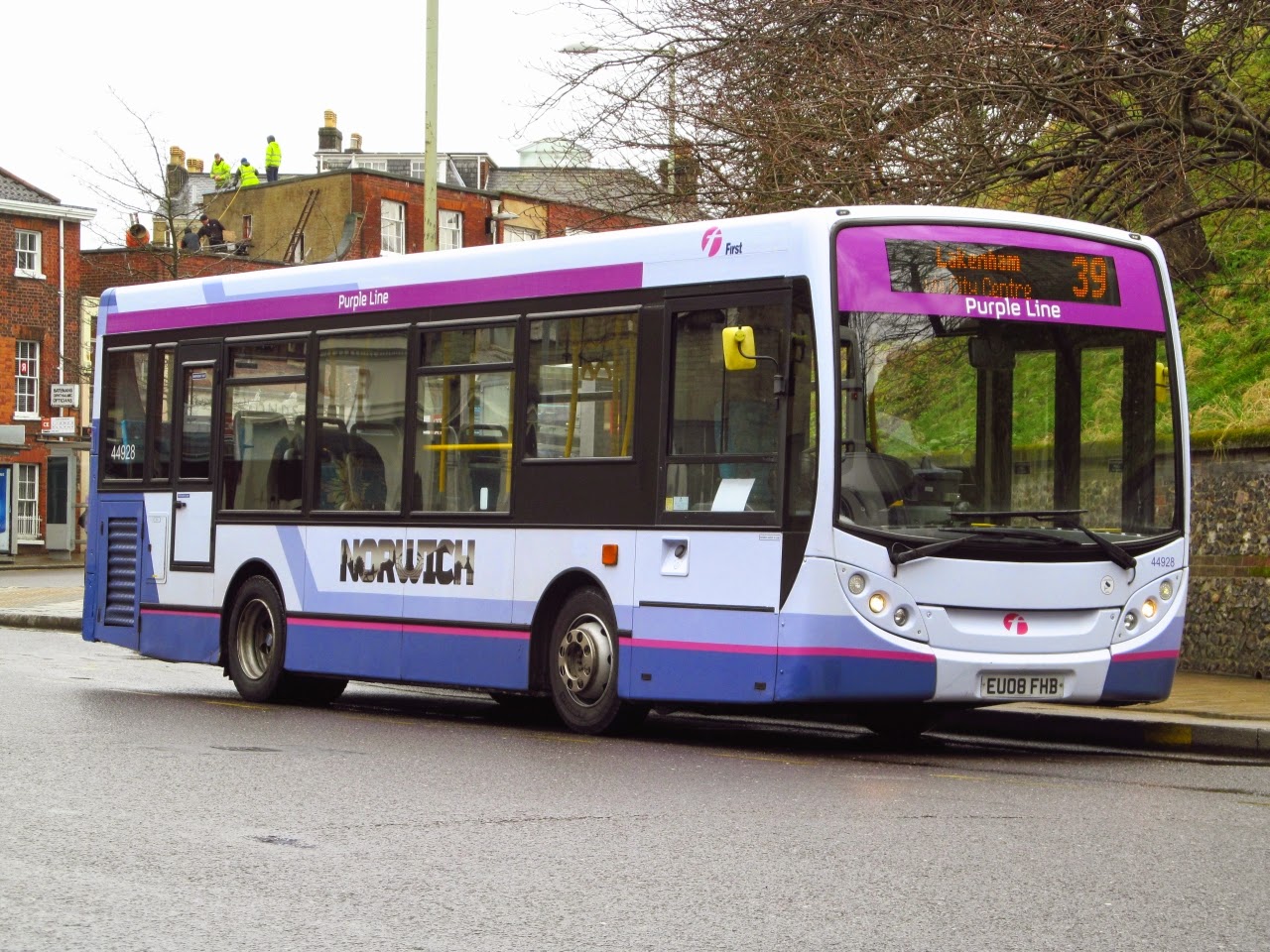 First sighting was former Lowestoft Enviro 200 44928 EU08FHB which is now wearing Purple line branding, all Enviros were noted in use apart from one which was seen heading out of the city towards the A47 so i am guessing it was Caister Road bound for an MOT. The new changes mean that photographing the Purple line seems easier as the frequency is shorter.

Next sighting was something you dont see everyday, a Stagecoach liveried Dart!. Recently arrived on loan with Norfolk Green is Stagecoach Hants 33020 T593CGT, quite a surprise to see it pull up on the X29 from Fakenham! 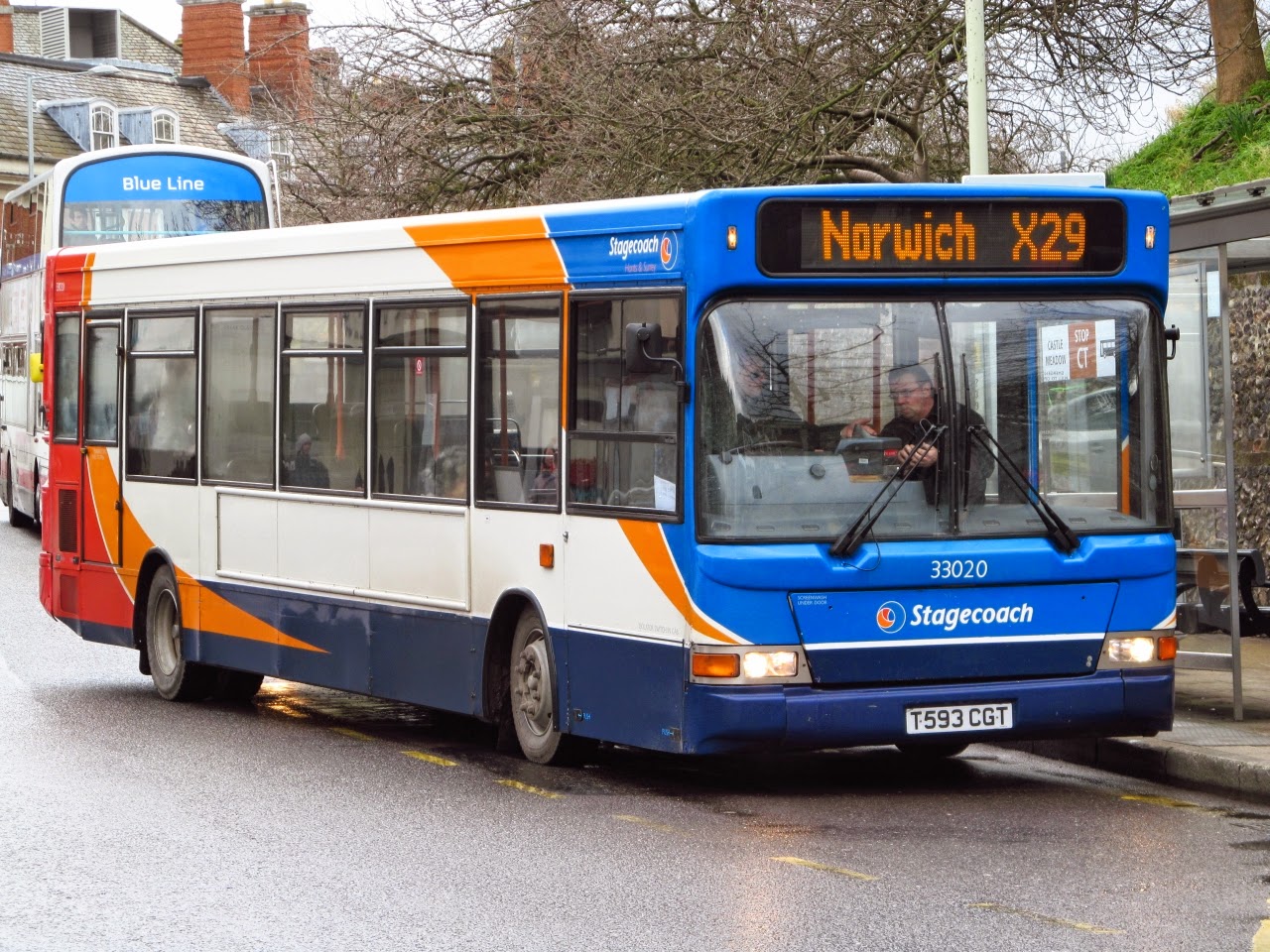 There were also plenty of coaches around today with Norse having a few in use for Schools work and also Simonds were out in force but the stand out visitor had to be this beast from Tours Designed Ltd of Chesterfield in Derbyshire, Neoplan Skyliner PO63FMY, had a few Bus drivers interested!

First had a few Tridents and Volvo B7's on the 25's this morning with Gemini 36173 noted in Thorpe on the 18 earlier but apart from that nothing really out of the ordinary, I did finally see the two turquoise line liveried vehicles 32100 & 33167 on the 13 both had eluded me until today!

A productive time this morning with plenty of decent photos in the can as well as a naughty Bacon Roll from Norwich Market!!

Grahame.
Posted by Norfolkbus at 15:04