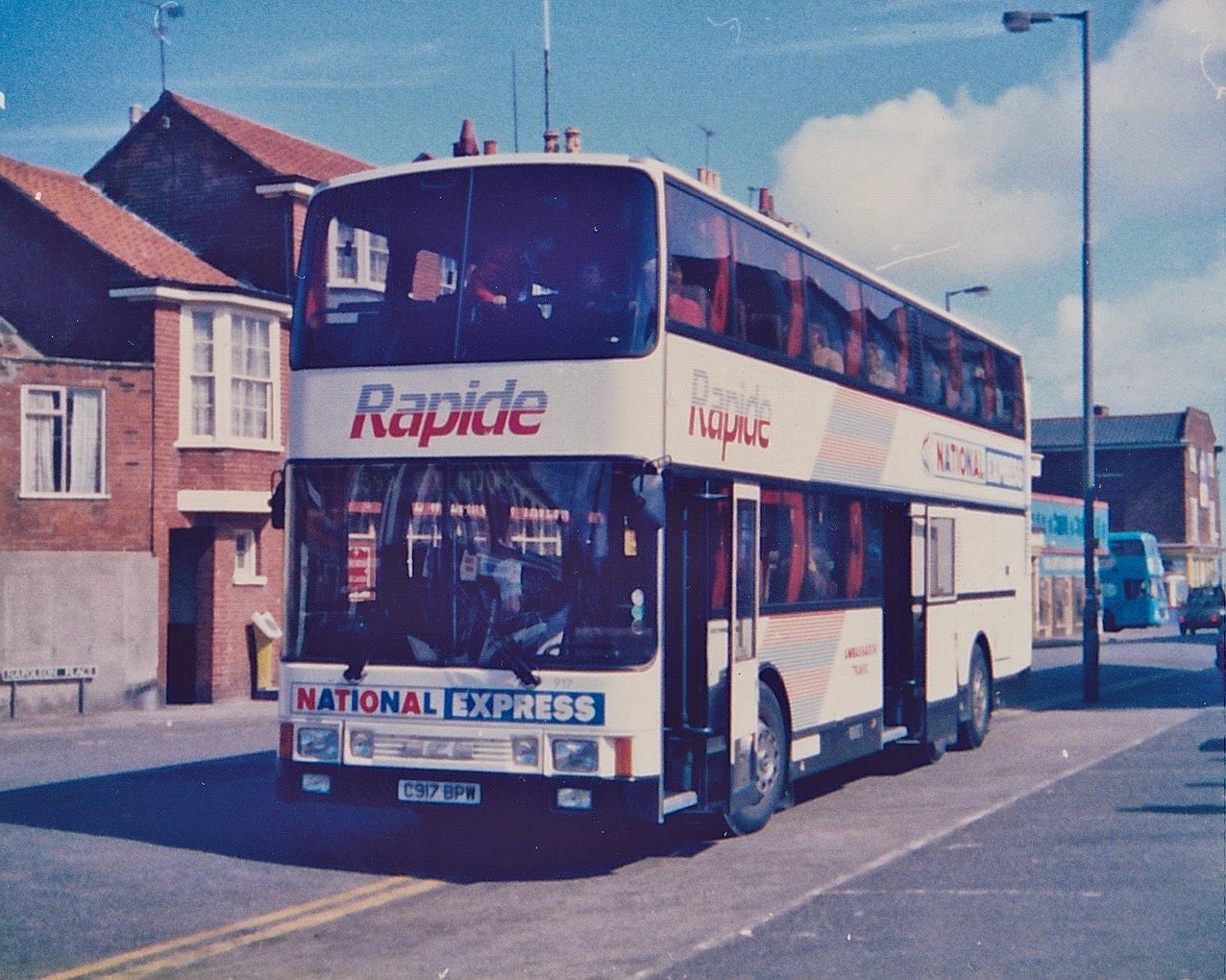 C917BPW was one of a batch of four new to locally based Ambassador Travel in March 1986. The four had a CH55/16Dt body configuration and were registered C915-8BPW with corresponding fleet numbers 915-918. A similar number joined the fleet from Midland Red Express

After being displaced from National Express work C917BPW was one of many receiving open top conversion by Ensignbus for use on open top sightseeing tours in London. It is not known whether 917 continues to see gainful employment. If anyone knows I would be pleased to hear from them

Other photos of C917BPW can viewed HERE on Flickr
Posted by eastnorfolkbus at 08:57