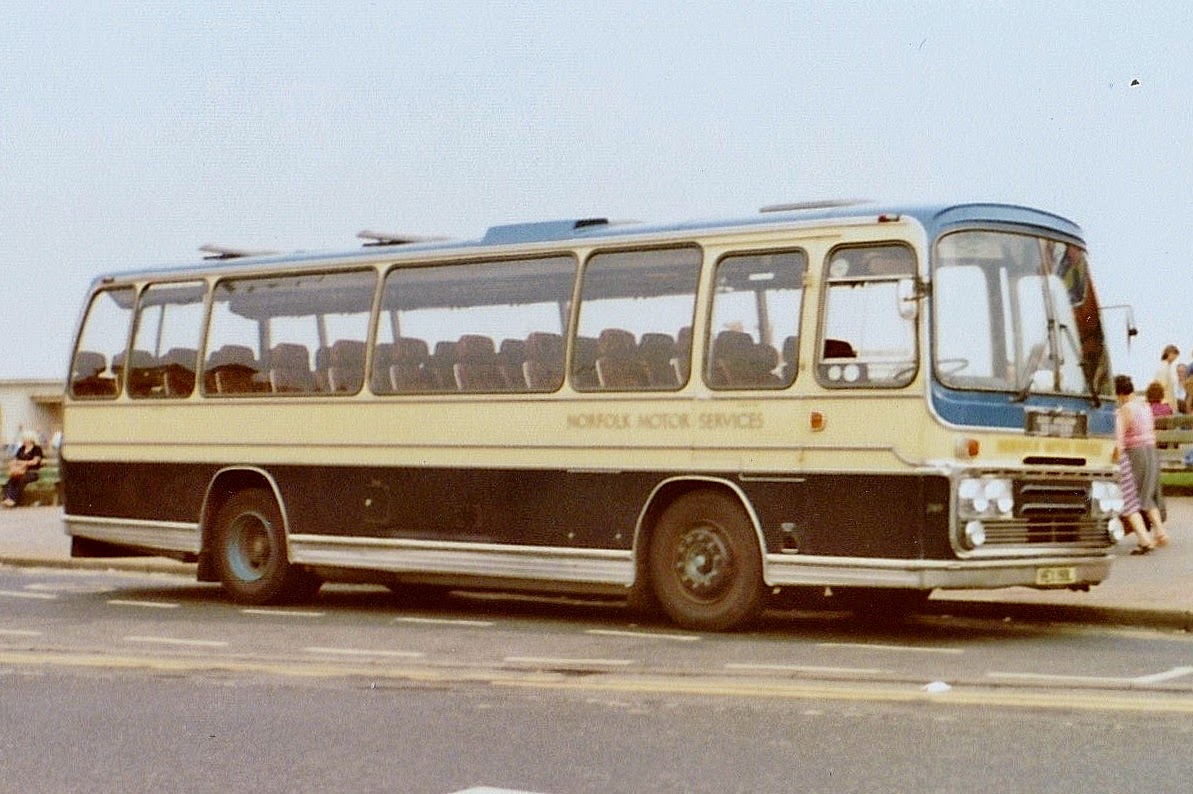 My photo album narrows the date of the picture down to the early 1980's and it must have been taken during lunchtime on a summer's day. The location is outside the Britannia Pier where the operator had a presence to promote its tours to holidaymakers

From memory I believe Norfolk Motor Services (together with Granville Tours) was owned by the Blackburn Group of Companies. In the early 1970's the company was acquired by Bob Lewis as part of Sunrise Travel who also owned Trimdon Motor Services

I can remember its coaches parked outside Norfolk Motor Service's garage on the corner of Fullers Hill and North Quay. I also recall a fire breaking out at the depot during August 1984 with many vehicles sustaining irreparable damage.

The business continued to trade with the garage operations transferring to Southgates Road in South Denes. In the meantime, the old garage was demolished and the site redeveloped with a Comet store opening soon after. The building is now occupied by Staples

I would be interested to see if any photos exit of coaches operated by this company - the only one I can find on the internet is coincidently a black and white one of VEX190L in the yard at Fullers Hill
Posted by eastnorfolkbus at 10:24