Whilst the better half decided on some retail therapy I thought I would look in at Corporation Street, one of the two bus terminals in the town

Previously I had not observed much on a Sunday but this time it was different. As I turned the corner from Church Street I was met by a view of specially branded Stagecoach ADL Enviro200 36169 KX60DTN. Its intended use was for the 48 service between Coventry and Leicester via Nuneaton - clearly not being used on that service that day!

Behind the saloon were two of Arriva Midlands North ADL400's; one about to leave and the other arriving on the 110 Tamworth- Birmingham service. Immediately behind was one of the operator's Mercedes Benz Citaros having worked in from Lichfield on the 765 service

I thought that would be the last of the photos I would take in Tamworth, but next morning (Monday) I found a foreigner in our midst! 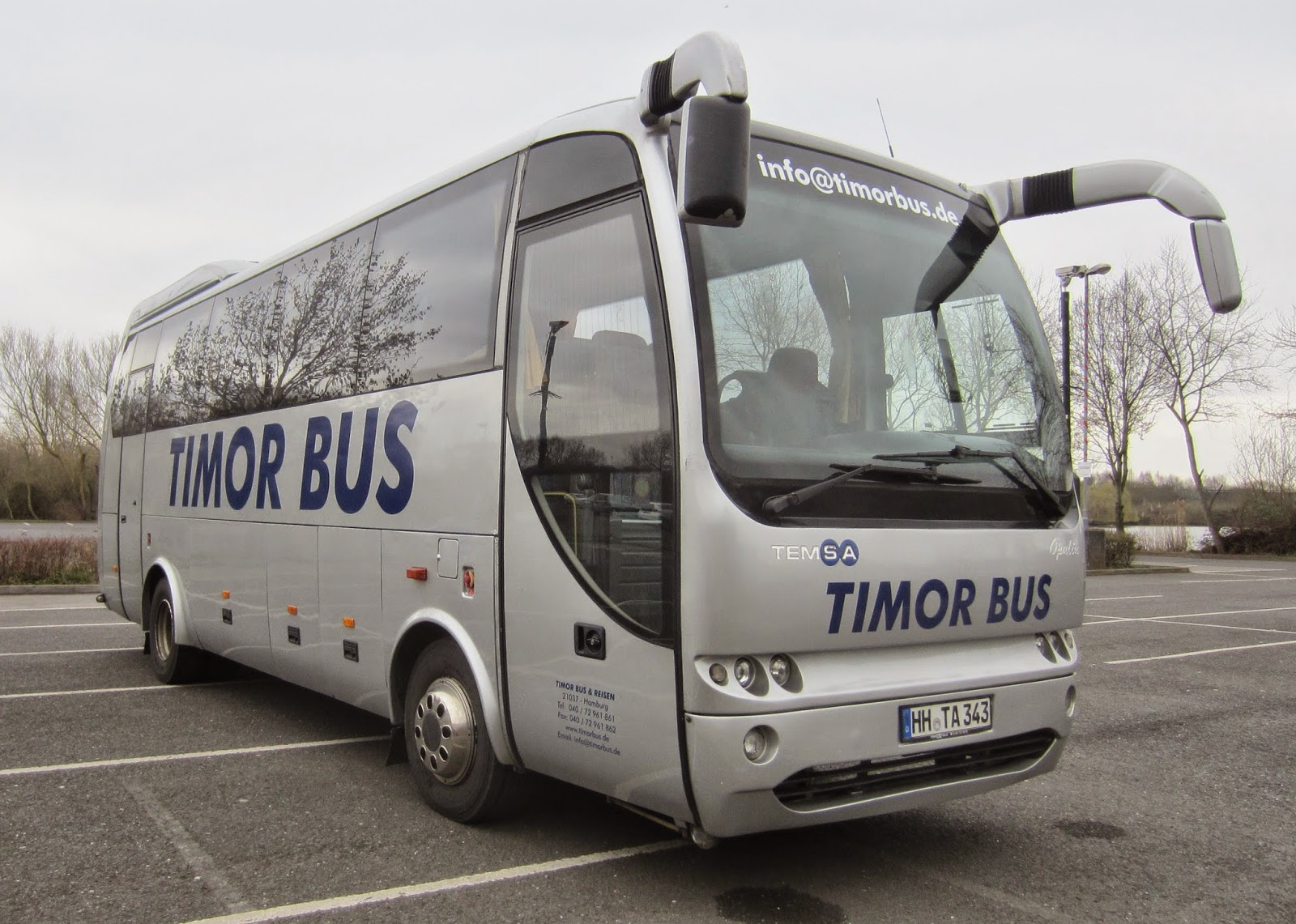 The apparition was in the form of a silver liveried coach from German operator Timor Bus parked in the Holiday Inn car park. It was my first view of the Turkish manufactured Temsa Opalin and was quite a surprise!
Posted by eastnorfolkbus at 21:59