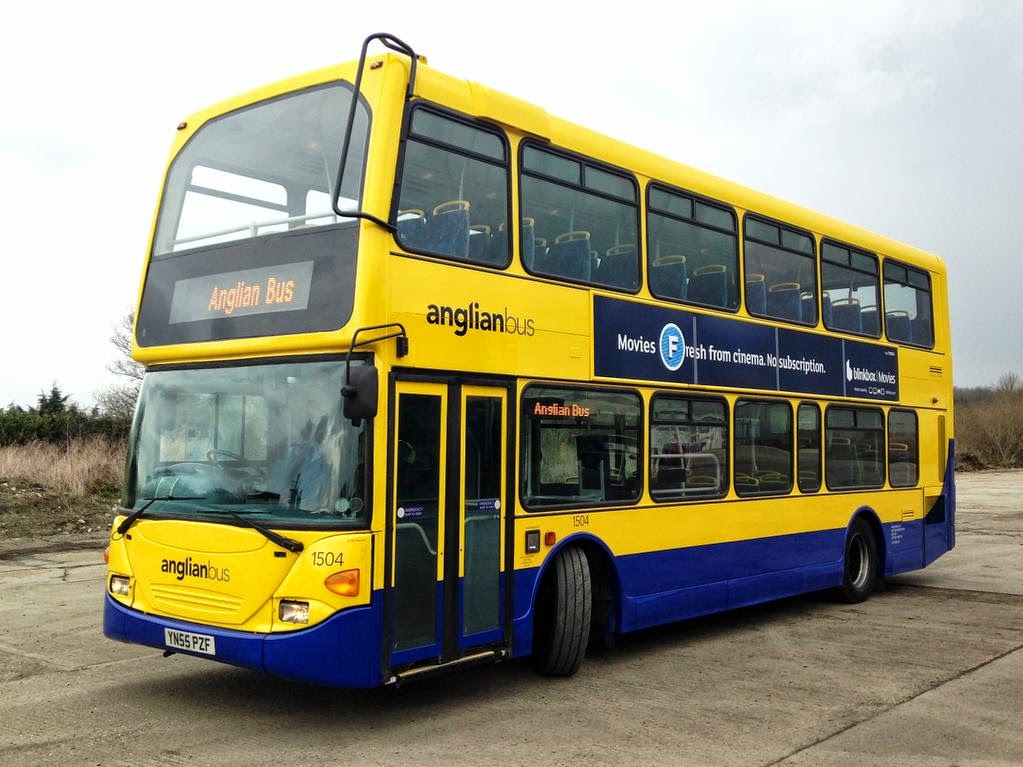 Anglianbus reports on the Enthusiast page of their website that their first newly refurbished East Lancs bodied Scania OmniDekka YN55PZF has arrived!

The Beccles based company reports that the other two will follow shortly and all will sport a revised Anglianbus livery. All three were previously used by another Go Ahead subsidiary Metrobus and a photo of YN55PZF in Metrobus livery can be seen HERE prior to repaint at Hants & Dorset Trim

It is anticipated that YN55PZF will start its revenue earning activities tomorrow on services 88/88A (Norwich - Bungay - Halesworth - Southwold)
Posted by eastnorfolkbus at 20:43