Following yesterday's article on the old Lowestoft's depot and bus station, Syd Eade has contacted me with photos and information about the depot demolition. 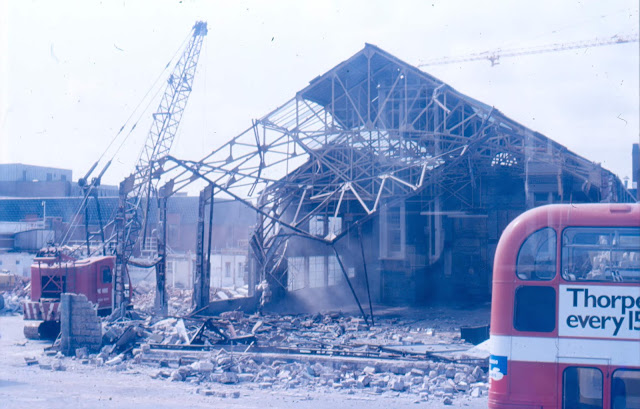 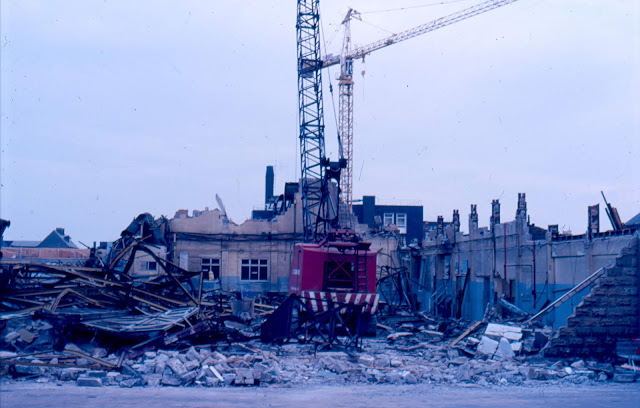 He tells me more about its structure 'The original name Regent Alfresco was such because the sides could be opened up, it did have a 'starlight' roof but it was destroyed during the war. The lifting side shutters on the right hand side remained throughout it's life as a bus depot but secured closed.' 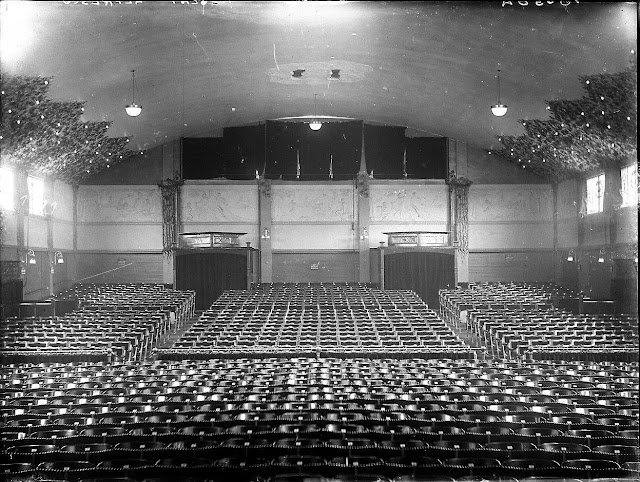 He also provides a photo of the interior of the building prior to its conversion with the photographer unknown.

My thanks to Syd for the photos and supporting information