A week ago I provided an update on local First activity (Local First Update - 20th April 2020) which included a report that First Lowestoft's Gasworks Road depot was closed and being used for storing out of use local buses. 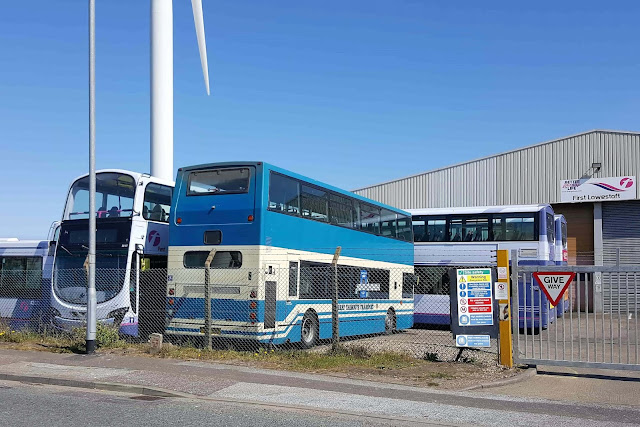 I am now able to illustrate this with photos from Syd Eade who had to deliver a large amount of groceries to his daughter who lives close to the site. The initial photo shows Great Yarmouth heritage liveried Volvo B7TL 32059 W219XBD present in the yard alongside Wright Eclipse Gemini 36187 BN12JYK. 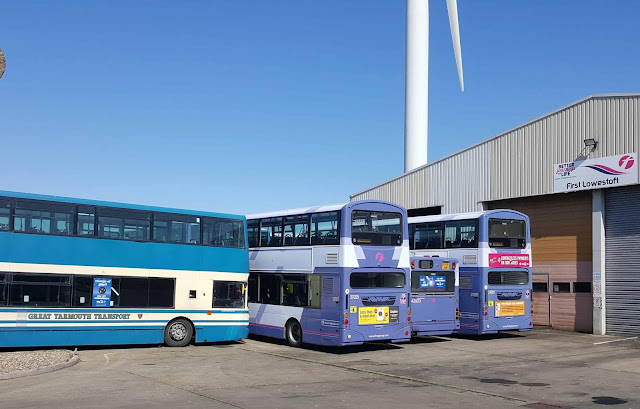 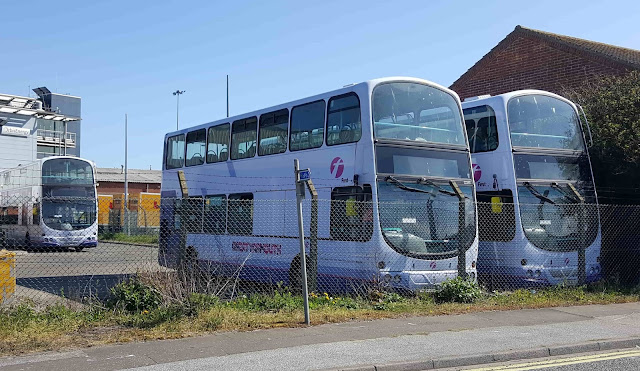 The yard contained more mothballed First Great Yarmouth Geminis with 32348 LK53LKL and 37044 YJ06XLU parked close to the fence with 37174 SF07FDE looking on. 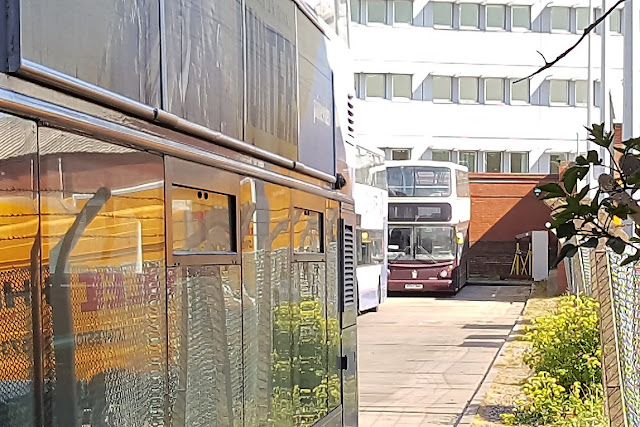 At the rear of the depot is Lowestoft heritage liveried ALX400 bodied Volvo B7TL 30888 W743DWX which had been withdrawn during February. 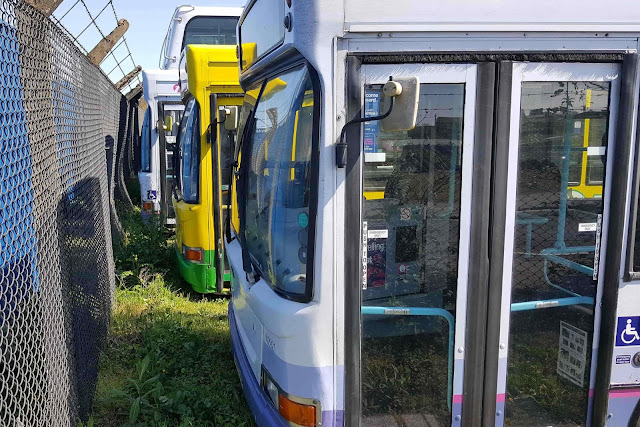 A third local heritage liveried bus is also present in the form of Flying Banana Dennis Dart SLF 42943 WA06OAS which was also playing hide and seek!

My thanks to Syd for the photos and it's surprising how many Great Yarmouth allocated vehicles are at the Lowestoft depot.

Roy
Posted by eastnorfolkbus at 11:43