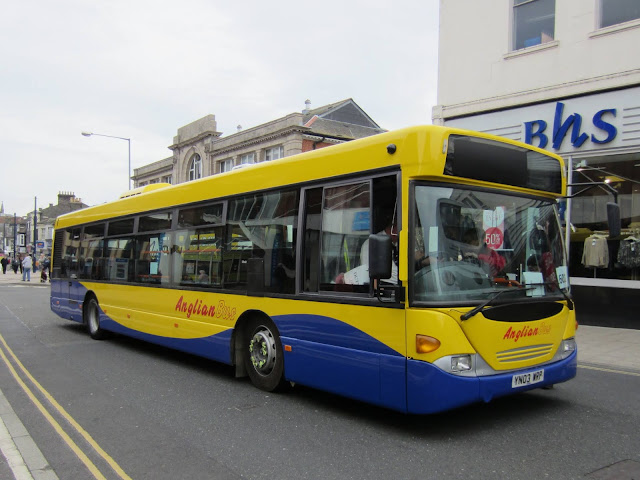 After spending 18 months with Landmark Hire of Arlesley it was acquired by Edward Thomas & Son of West Ewell in December 2015. Some four years later it is now owned by Sussex Coaches of Shipley in West Sussex.

London red liveried YN03WRP joined Anglianbus from Metrobus in September 2012 receiving its Suffolk operator's colours a month later. Being declared surplus to requirements it was sent to dealers Ensign in July 2013.

Roy
Posted by eastnorfolkbus at 11:38